The Swiss National Bank (SNB) announced earlier it will make fewer exemptions for negative rates from 1 May, 2015. The statement forced traders to sell the Swiss Franc (SNB) against a basket of currencies in the Forex market. As we have stated in our prior market research, since Jordan became the chairman of the SNB there has been constant verbal interventions until the central bank decided to slash rates, only to remove the 1.2000 floor in EURCHF several days later. It is clear the SNB adopted a verbal intervention strategy to contain the strength of the currency. We believe from a fundamental angle, following the recent CHF weakness it is time to consider short trades in CHF pairs and crosses. After digesting the SNB statement we are likely to witness a healthy correction to today’s gains in the market.

Selecting the right currency pair is not a simple task. Euro-Swiss may appear to be a natural selection but we have decided to choose NZDCHF as we have attempted to short the currency cross in the past but we are unsuccessful to discover a clean entry. 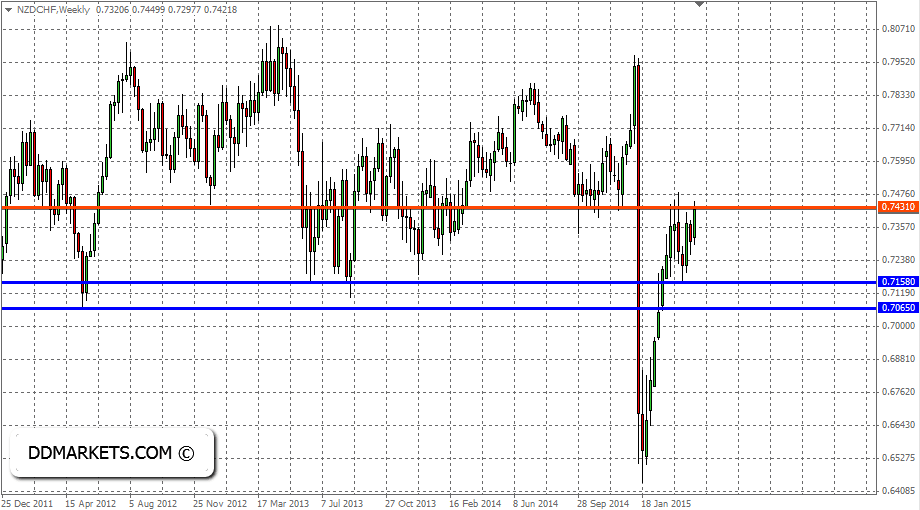 A firm resistance lies at 0.7431, which was able to prevent the bulls from driving the price into fresh highs in March.  The re-test is providing a decent entry to short NZDCHF at market price. Rather than waiting for the weekly close there is a fair potential for a double-top reversal pattern in the daily chart, which suggests the bearish retracement may begin within the next several days. We are aware of the negative swap but it is a fairly attractive opportunity. We see little reason not to enter at market price  although some may prefer to patiently wait for the daily close.

The protective stop must be layered above the weekly/daily resistance level. The natural target for the short trade is  0.7158, but we entertain the possibility of further losses if the double-top reversal pattern is confirmed in the daily chart. A full correction is a retracement towards 0.6468 that we are not opting for as this would mean holding the trade for a significant amount of time. The negative swap will is likely to burden us and dent into out profits.

23/04/15 UPDATE: In less than 24 hours our short trade in NZDCHF is in +150 pips profit (approx.) at the time of this writing. It appears multiple factors were in our favour. First, an earthquake of magnitude 5,1 was noted in Wellington, New Zealand at 22:42 GMT, which rattled the Kiwi against a basket of currencies. Second, weak data from China continued to weigh on the Kiwi and thirdly, there are increasing expectations from the Reserve Bank of New Zealand (RBNZ) to ease its monetary policy in its next meeting, which may force traders to cut their exposure to NZD as the pricing-in takes place. 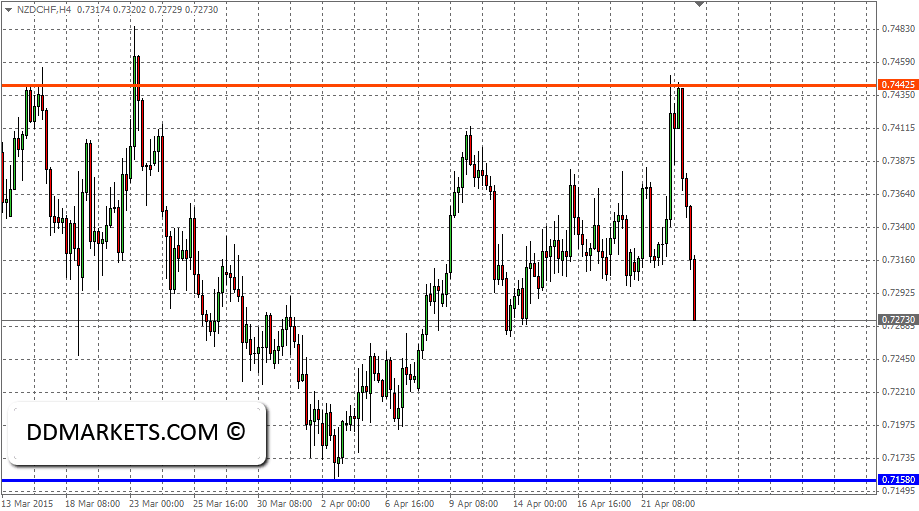 NZDCHF is trading at 0.7273 at the time of this writing. We are closing as much as 50% of the short trade at market price and shift the protective stop to the entry.

23/04/15 UPDATE II: NZDCHF continued its bearish slide as we near the London close, trading at 0.7239 at the time of this writing, ensuring the short trade is in +188 pips profit. 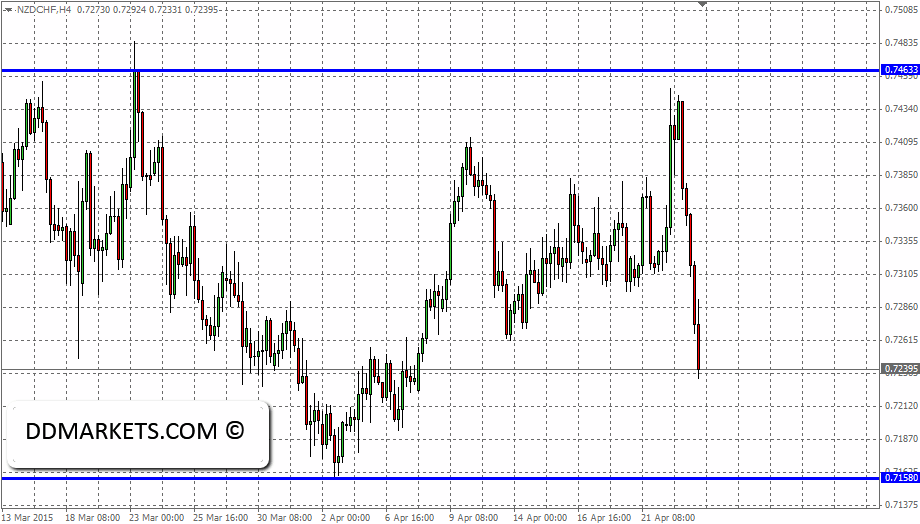 We are closing 20% of the short trade at market price and shift the protective stop to 0.7395. NZDCHF trade alert is unlocked in light of recent profit and can be viewed by all traders.

28/04/15 UPDATE: NZDCHF triggered our protective stop after shifting it above the entry. We have ended the trade with a decent profit.

As NZDCHF trade is closed it can  now be accessed by all traders. Open trades are restricted to members only. We have been proving trade alerts in the spot Forex market since May 2014. Sign up for one of our plans and review our documented trades performance.

Digital Derivatives Markets is a global leader in trade alerts and market education.

A Gift From the Swiss National Bank was last modified: November 2nd, 2017 by Digital Derivatives Markets