We have been monitoring all CHF pairs and crosses for some time. So far we have only taken EURCHF and would like to continue focusing on the Swiss Franc.

The Australian Dollar (AUD) was sold in today’s session in tandem with New Zealand Dollar (NZD) as the Reserve Bank of New Zealand (RBNZ) released its measures to combat housing prices in the country. We have already updated all our subscribers the RBNZ will take such action in October. This could mean the central bank will be more willing to slash rates due to these new restrictions.

We believe AUDCHF dip has provided a fairly neat entry to the market based on our technical models. 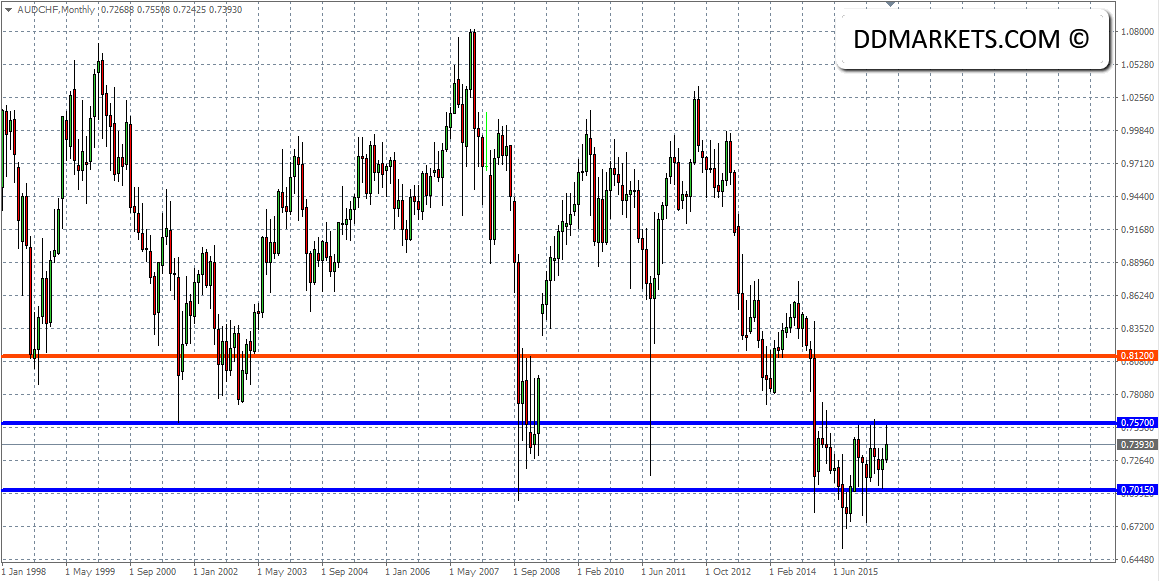 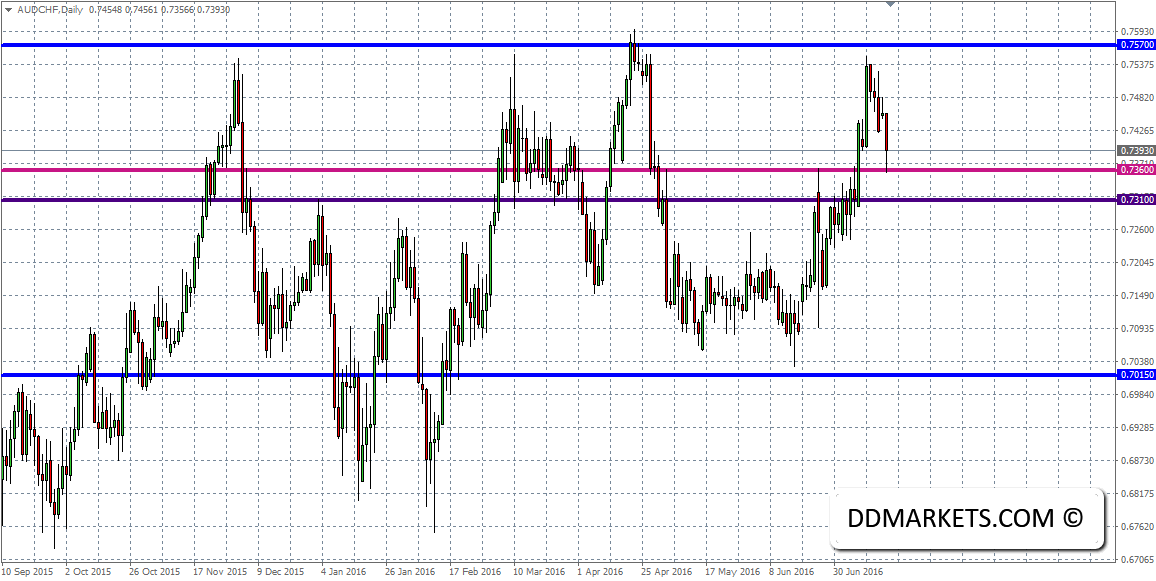 AUDCHF monthly chart displays the potential for reversed Head-And-Shoulders (H&S). At the beginning of July we have noted the potential for strong gains in Aussie Swiss following the break above 0.7360. A re-test did not take place, which is why we dismissed the entry.  As we are aware the recent dip was triggered by the RBNZ it is a fairly attractive entry to re-enter CHF.

The price may re-test 1.7360, which is a minimal drawdown. We highlight that re-tests are not guaranteed. This also means we will enjoy positive interest from the long trade, we may issue the trade alert prior to the daily close.

This may very well be a healthy retracement as part of the monthly trend. However, we still believe the Swiss National Bank (SNB) may re-introduce the floor in EURCHF, which may lead to substantial CHF weakness.

We are likely to use a higher take profit in case the SNB takes action. We will keep monitoring AUDCHF trend in the market, if we suspect there is no clear indication for such actions by the SNB we may exit the trade prior to the take profit. 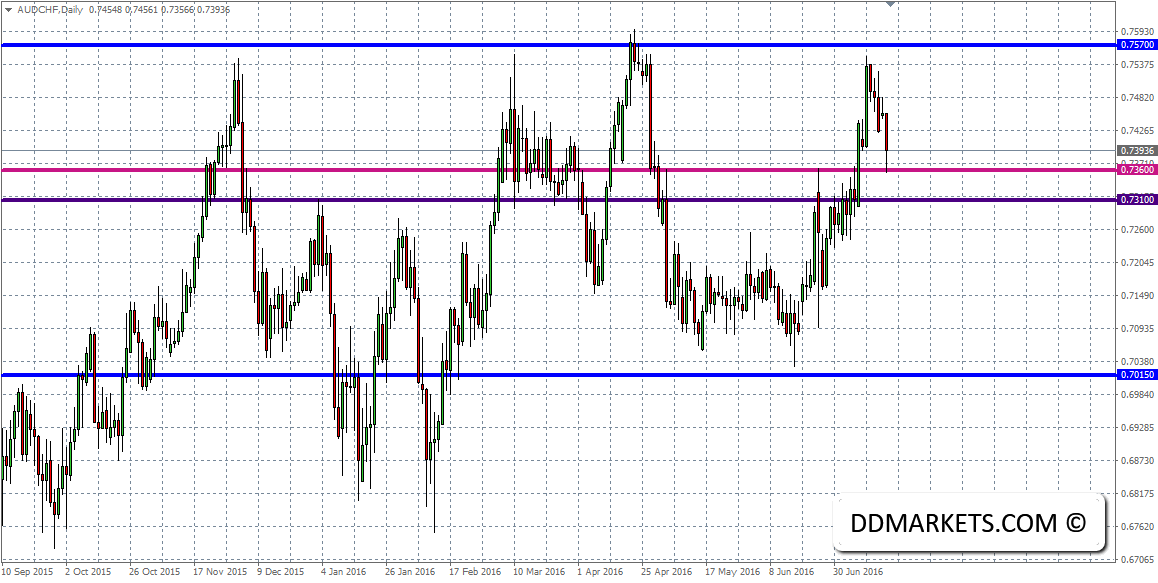 Note: The price may re-test 0.7360 at noted in the chart. If it will take place it is expected to be a minimal drawdown.

We have decided to increase our short net exposure to CHF.

The New Zealand Dollar was sold as the RBNZ hinted it is willing to cut rates below 2.00%. The dip lower in NZDCHF provided a re-test of 0.6854 on the weekly chart following a successful breakout. It is a fairly complex entry but even if the RBNZ will slash rates in August it is widely expected. We have plenty of time until 10 August where the RBNZ is expected to hold its monetary policy.

The entry does require a weekly close, however, as only 1 day remains to the close we are willing to opt for the trade. If the price re-tests 0.6854 in tomorrow’s session the drawdown is expected to be minimal. 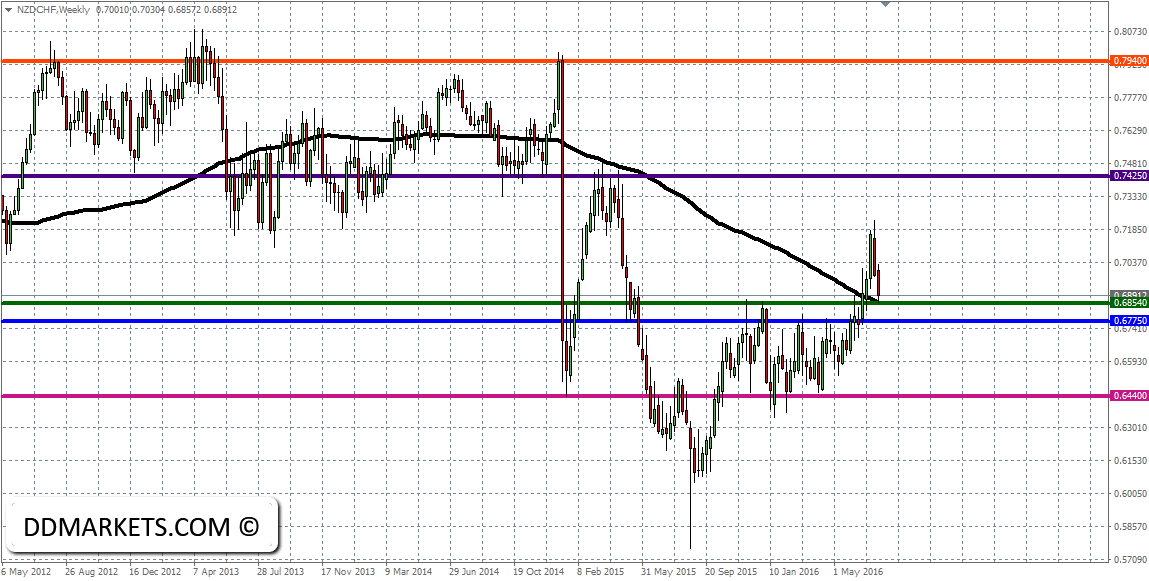 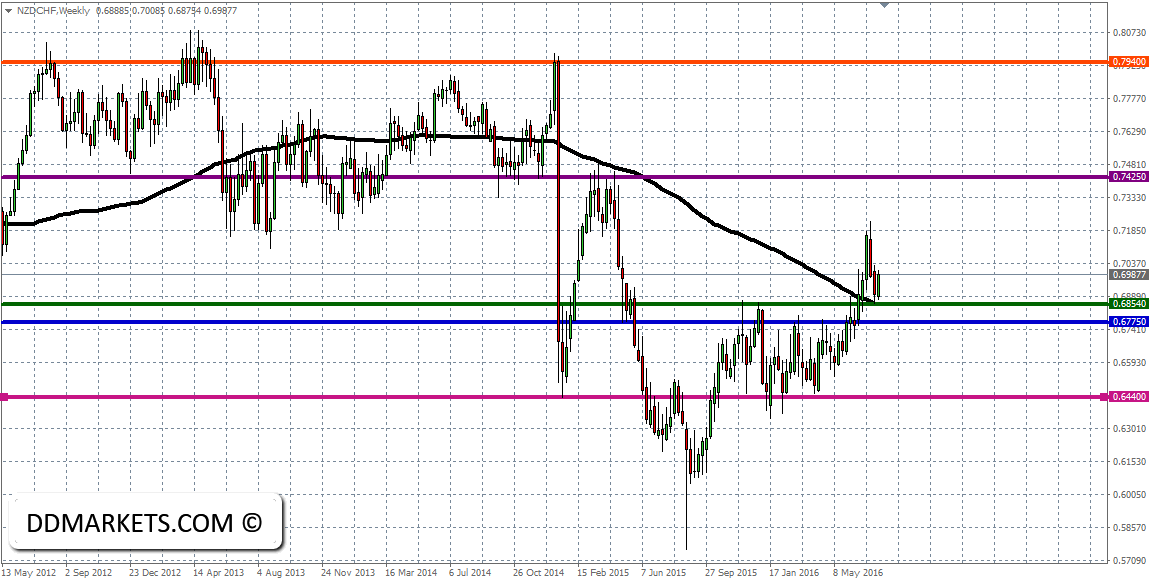 We are closing 30% of the long trade at market price and shift the protective stop to the entry.

26/07/16 UPDATE II: AUDCHF is trading at 0.7457 at the time of this writing. The CPI that is due during the Asian session will have a significant impact on AUDCHF. 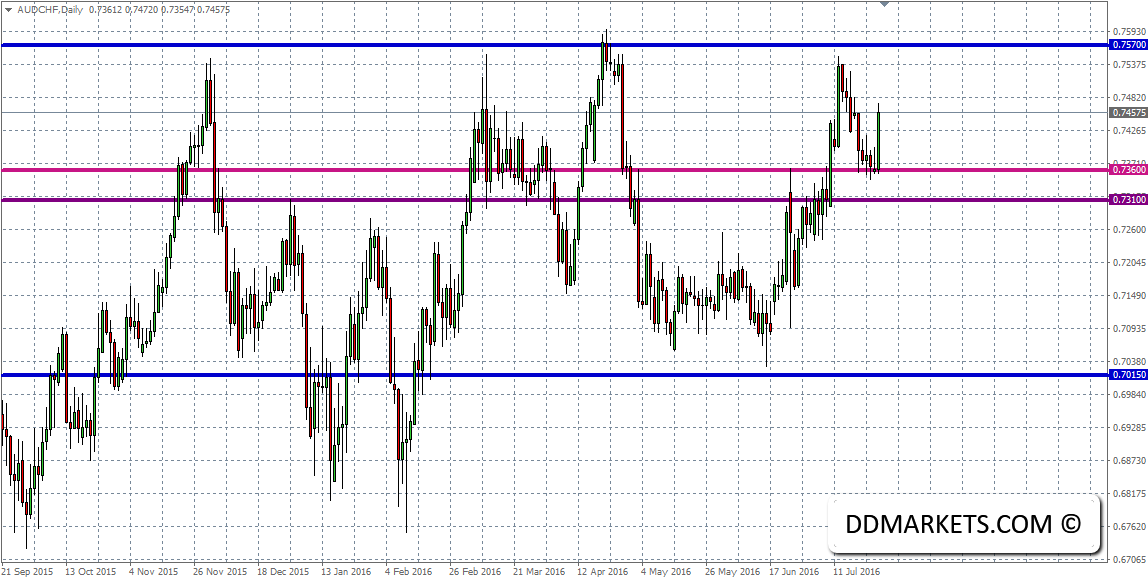 As a precaution, we are closing 40% of the long trade at market price and shift the protective stop to the entry.

29/07/16 UPDATE: AUDCHF triggered the protective stop loss order at the entry, ending the trade with a profit. The selling was initiated by reports Japan will issue a JPY 20 trillion stimulus.

29/07/16 UPDATE II: NZDCHF is trading at 0.6934 at the time of this writing, we are closing 20% of the long trade at market price. Although by the book we should wait for the weekly close, we are concerned the BOJ monetary policy may spill over to NZD pairs and crosses.

29/07/16 UPDATE IV:  We are receiving technical signals that it may be wise to exit the trade. We will leave a small partial in the market with the stop at the entry.

NZDCHF is trading at 0.6978 at the time of this writing, we are closing 20% of the long trade at market price.