We have been monitoring the potential for NZDUSD bearish flag on the monthly chart for some time. As we near the monthly close, we have discovered a potential top Head-And-Shoulders (H&S) in the daily chart. Our initial assumption is that the weakness may be as a result of general USD strength, however, the People’s Bank of China (PBOC) may also be the trigger.

Speculations earlier today suggested the PBOC is preparing to intervene in the market. Although it was officially denied by the central bank, we recall that upon intervening in the market the PBOC stated it will not intervene again yet it intervened again the following day at the Yuan fix. A rate cut by the RBNZ is also a possibility. 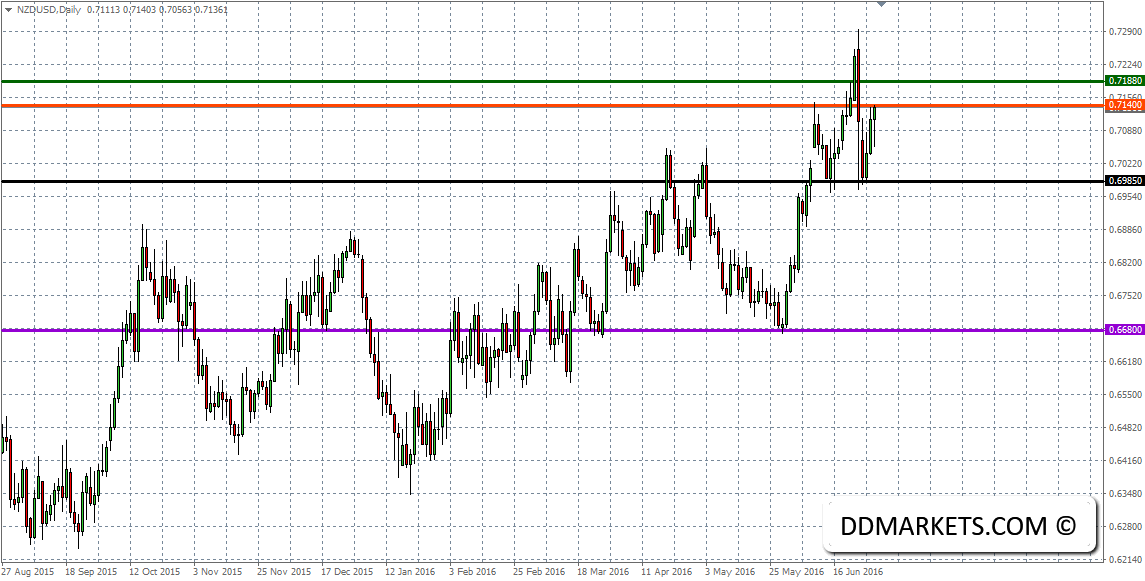 The top H&S is quite clear. If the weakness will be as a result of the PBOC intervention all the commodity currencies (particularly NZD and AUD) will tumble. For the benefit of new traders that joined us, this will not be a repetition of the selling that took place as a result of the Brexit. NZDUSD may fall between 150 – 200 pips in matter of minutes upon an intervention.

We are in the eye of the storm as many traders are still sitting on the fence following the Brexit. We have noticed the currency correlation has changed, which indicates new market conditions.

We are likely to issue the trade prior to the daily close despite the negative interest that may be incurred. 01/07/16 UPDATE: NZDUSD re-tested 0.7188 before reversing lower. The trigger for the gains was a report by Standard & Poor’s (S&P) credit rating agency that stated the US economy may be unaffected by the Brexit. The 0.7188 does not negate our projection for the currency pair.

06/07/16 UPDATE: NZDUSD triggered the protective stop loss order of the long position, ending the trade with a loss. We are aware NZDUSD was heavily sold after the stop was triggered.

As NZDUSD short trade is closed this page can now be accessed by all traders. Open trades and relevant intraday strategies are restricted to members only. We have been providing trade alerts in the Forex market since May 2014. 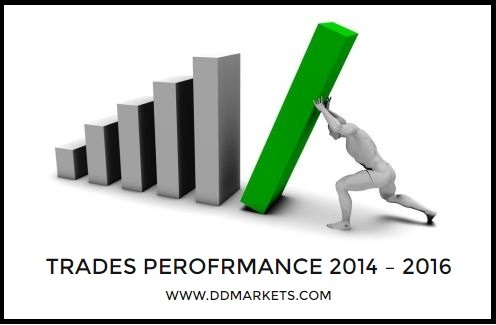