CADCHf posted moderate gains as the Canadian Dollar (Loonie) traded in tandem with crude oil. The exceptional gains in the Cad-Swiss appeared to have negated the bearish trend that initiated on 26 May, 2015. The moderate recovery were brought to a halt by the 100 Moving Average (MA) in blue. Although there is a potential for reversed Head-And-Shoulders (H&S) we are expecting the price to range between 0.7511 – 0.7598 where the key focus will be on a re-test of the resistance and support levels as intraday traders may look to capitalise over these price levels.

Despite the NFP chaos that is easily noted in GBPUSD hourly chart it appears to us cable is still trading within its established downtrend. 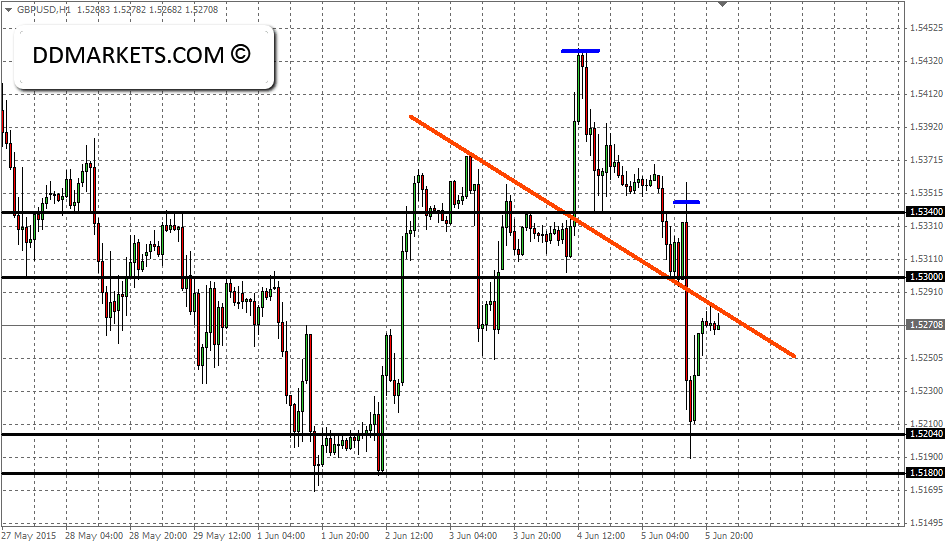 The price is currently facing a firm resistance level that was tested on multiple occasions. However, a re-test of 1.5300 is the key level that may trigger heavy selling in GBPUSD. As we marked via the blue lines, the price is creating lower highs and lower lows, a famed characteristics of an established downtrend. A re-test of 1.5300 and a failure to break above may affirm the third  lower high that may trigger numerous algorithms to short GBPUSD.

We do however highlight that the current resistance (orange line) should not be underestimated and could very well mark the third lower high that will trigger moderate selling in the currency pair. As an established downtrend has been affirmed the next lower low should be below 1.5204, which is why the bearish target is likely to be 1.5180 (the latter support level). Only a break above 1.5340 may negate the bearish downtrend and could suggest the 1.5438 resistance may be tested by the market. 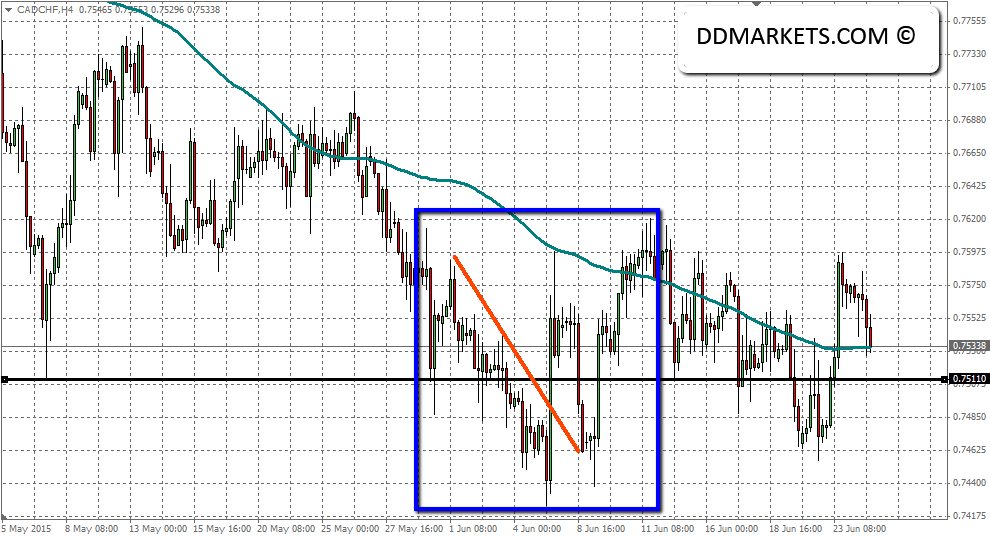 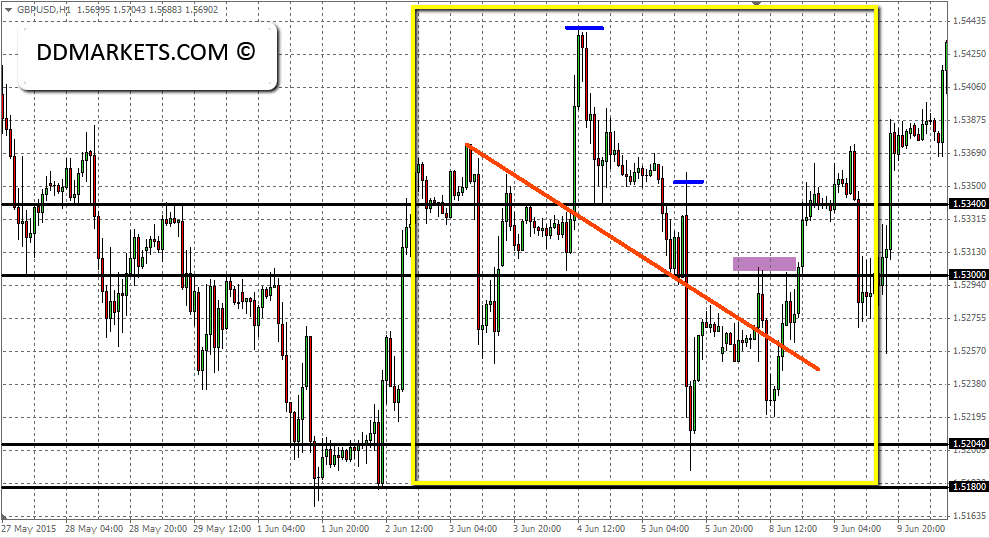 As CADCHF and GBPUSD intraday analysis is no longer relevant it can  now be accessed by all traders. Intraday market analysis is restricted to members that have signed up for our intrday market analysis plan when it is published on the website. We have been proving trade alerts in the Forex market since May 2014.