Is Shiba Inu Still A Buy?

It is labeled as a meme token, similar to Dogecoin. Due to its low price, Shiba Inu gains rippled through numerous countries. The trading volumes for the cryptocurrency since October 2021 are significant at the time of this writing.

After rallying over +700%, the question is whether Shiba Inu is still a good buy or is it a ‘goodbye?’

The immediate risk is buying at the top, which then follows heavy selling. We have seen this in SafeMoon, Solana and even Bitcoin at the time.

Once the rally already took place the risk of joining the buying is elevated. The same concept is applied in stocks and futures. Technical analysis may reveal some more details on the potential trend.

Once a top has been reached the price plummeted around -30%. Such a reaction following a rally can sometimes be regarded as ‘profit taking.’ Traders decided it is a decent price level to realize profits (close their trades). Once the price corrected lower it sparked some fear and triggered a chain reaction. The 4hr chart suggests Shiba Inu is held in a price range (price levels highlighted on the chart). The price may trade in between those levels for a few days. The upper line (known as resistance) may be used for a selling level while the lower line may be used for buying.

At some point those levels will give way, often known as a ‘breakout.’ When a breakout takes place you would expect the trend to continue.

Even when a strong rally takes place, new tokens can still post some risk. Take ‘Squid Game’ (SQUID) as an example.

Scammed by the Squid

Many crypto investors and traders monitor newly released coins and tokens. It is extremely important to understand that significant gains do not necessary legitimize the currency.

Squid game is a new token that was released towards the end of October ,2021. It was associated with famous Netflix show called ‘Squid Game.’ The price of the token spiked to from near zero to over $2,500. 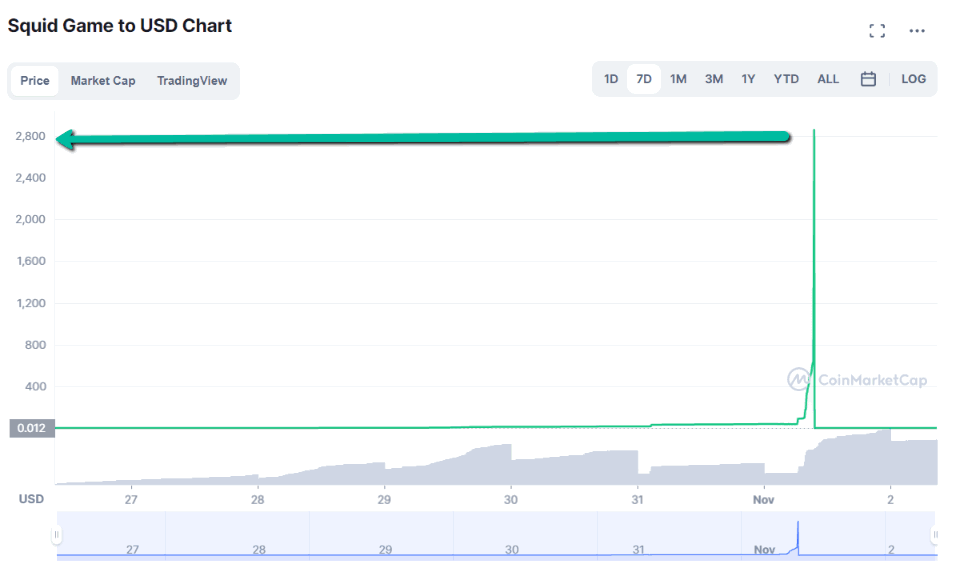 Alarm bells began ringing when investors reported they cannot sell the cryptocurrency due to ‘anti-dumping’ technologies. The developers then removed the liquidity, deleted all of its social media and official website.

It has been estimated that the scammers walked way with over $2 million. It was also suggested the developers used tornado.cash to hide the transactions in the blockchain.

Crypto traders can easily be lured into tokens if a significant rally takes place. It is important to carry some due diligence before diving into an unknown territory.

What Cryptocurrency to Consider Investing In?

Mana is a coin that rose around +300% in a very short period of time. The project is a metaverse platform where individuals can buy and sell virtual assets. 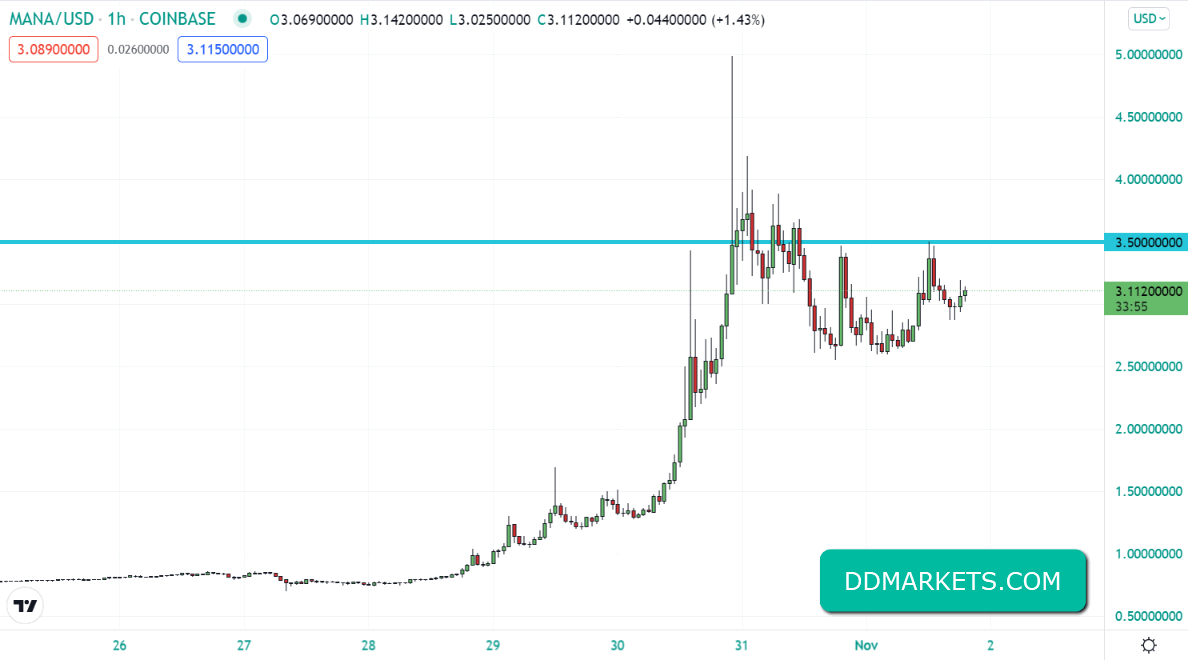 Facebook rebranding to Meta (where Facebook believes virtual reality is the future) triggered a rally in Mana. As opposed to Shiba Inu we recognize the potential for further gains.

The key level is around $3,50. A firm break above may yield stronger gains in the cryptocurrency. We are unable to set a target as more date is required for technical analysis.

If we have to estimate a potential target, we can speculate it may reach $8 to $9 initially.