Before discussing gird trading, the forex market offers a wide range of currency pairs for trading throughout the week. Many new traders tend to begin with Euro Dollar without assessing the market first, head-diving into the murky waters of the market, completely oblivious to the dangers ahead.

Despite being the most popular forex pair and attractive spread, EURUSD has probably been one of the worse pairs to trade since mid 2015. While scalpers may enjoy almost any market conditions, if we are targeting hundreds of pips per trade EURUSD will be at the bottom of our observation list. 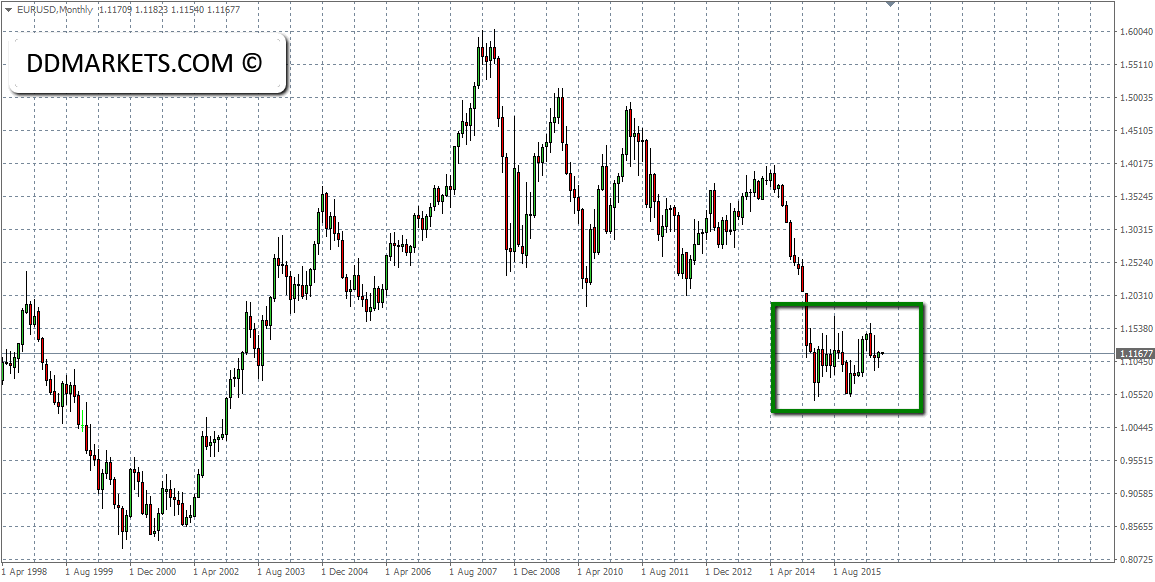 When it comes to selecting a currency pair to trade we do not limit ourselves to a particular instrument. In the analysis procedure we examine many currency pairs in multiple time frames, 15min, 30min, 60min, 4hr, daily, weekly and monthly. Once we note a potential entry we determine which currency in the pair or crosses is expected to strengthen or weaken via technical analysis.

When we reach a conclusion we begin crossing the currency against other currencies to concrete the entry. It is a filtering process to ensure we will not fall prey to a false signal. If we are confident in our findings we seek fundamental support for establishing the long or short signal.

Trading experience enhances the ability to recognize patterns dismiss potential entries that may be false. Many forex traders do not carry a filtering process, which could have prevented steep losses had it been implemented.

Martingale forex strategies are for trades that lack the ability to accept losses. Since we began issuing forex signals a couple of years many trades triggered the stop loss orders. The aim of the stop is to predetermine the exposure in a scenario the market is not inline with the initial expectations. We ensure the size of the stops may be recovered in future signals, trades that require excessively large stops are dismissed.

Grid strategy is when the trader executes new trades if the market trades against him or her. For example, if the trader long Euro Dollar at 1.2500 he will keep buying if EURUSD drops lower.

The first concern with grid systems is what happens if the original entry has been invalidated by the market?

The trader will either be forced to close al the trades, which is often the demanded action, or, sail in a drawdown across the oceans of the market, patiently waiting for bullish winds to turn the open trades in his or her favour.

Grid systems and Martingale strategies are not used in our signals as we would rather accept the loss if the protective stop is triggered and shift our focus to the next trade. When we face a streak of successful trades we often email our subscribers that we cannot succeed on every trade. From our experience, when we have a streak some traders may be encouraged to over-leverage.

You may view our GBPUSD trading signal as an example as well as all the updates that were issued and progress of the trade until it was closed.

This is probably the number one reason for a small loss spiralling out of control. A strategy cannot be successfully executed over a long period of time, 10 years for example. The market is constantly changing, those that fail to adapt will find themselves drowning in losses, hoping for a miracle at times.

It often occurs after profitable trades in the market. When the trader witness the market trading against his or her predictions while the technical strategy that is used is still indicating the trend may reverse, he or she will persistently maintain the trade or increase his exposure in a classic grid-like manner until his or her irrational actions sink in, which is often at the very end when the trader realizes he or she has been victimized by the signal the strategy provided.

You cannot engage in a battle with the market. This is why we have a golden rule where we do not re-enter trades that were stopped out. In extremely rare scenarios we re-enter but the market conditions for re-entering we set to ourselves are extremely strict.

To conclude, accepting losses is an undivided part of trading. It is easier said than done but we believe it must be implemented. Grid trading strategies may swiftly evolve into an unnatural disaster, which may paralyze the trader, denting his or her ability to recover.