Learn how social trading can consume your investment in an instance. Many trades still do not know how to select a trader and the risks involved in doing so.

Social trading gained immense popularity in the Foreign Exchange market and is now spreading into binary options. Social trading enables the trader with the marvelous opportunity to copy or follow a certain trader from across the glove after reviewing his or her trading history. Every trade that is executed by this trader will be automatically placed in the copier/follower trading account.

The social trading investor has the ability to simultaneously follow multiple traders in a fully customized environment such as limiting market exposure, modifying the copied trades etc. Many forex brokers have adopted this feature in order to target inexperienced traders or those that have suffered great losses from the market.

The forex broker in return increase its trading volumes, which may reflect the firm’s value and revenue from the mark-up’s. In a place where there are ulterior motives there are always manipulations as we will soon discover.

We have seen various social trading firms and brokers promising over 80% success of the copied trades. Let’s break it down step by step. A success rate is determined by comparing the profitable trades to the unsuccessful trades.

If we would take 100 trades as an example, an 80% success means 80 trades were successful while a loss was incurred on 20 trades. However, the loss could be greater than the realized profit. To simplify, on 80 trades the profit could be $2,000 while the total loss from the remaining 20 trades could mount to $5,000.

A simple calculation reveals a bleak picture. Even if 80% success rate is achieved the trader may incur a net loss of $3,000. When considering to follow a trader do not be mesmerized by the ambiguous success rate. Look dip into the profits vs. the losses to obtain the true success of the trader.

The leverage is responsible for ripping your investment apart and for some extreme cases may result in death. Trades that have invested their life savings in the market and due to careless risk management over-leveraged their positions that ended with a loss (protective stop triggered or margin call) have increased potential for committing suicide. The social trader may have earned its profit from the market by over-leveraging.

The outcome is usually reflected in a blown-put-of-proportion Return on Investment (ROI) such as 2,000% and even 500%. As you know, it is impossible to profit on every trade. Over-leveraging a trade that ends with a loss is extremely costly and may cause a disastrous psychological impact.

If you do follow a trader do not be dazzled by the ROI. Ensure to limit the leverage to a level you are comfortable with and recalculate the expected ROI. If you are unable to manually control the leverage and the trader does not describe it in his or her strategy, do not hesitate to contact the social trader and ask about the used leverage.

We have monitored the top traders in a famous social trading platform (we do not wish to reveal its name) and noticed many traders are systematically using 500 pips as a default protective stop loss order for every trade.

One might say this is the stop the technical strategy demands but 500 pips in EURCHF, GBPJPY, EURGBP and EURUSD have different weight. Some pairs are more volatile while some are held in a tight daily range. There, these types of stops are what we refer to as exaggerated stops.

As we carried on our research we did find several trades that use immensely large stops but do specify their trades are based on the monthly/weekly chart, which means the trades are expected to remain in the market for the long to medium term.

We failed to establish the trades with the 500 pips stops that we mentioned earlier are for the long term as the realized profit was less than 15 pips. We strongly suggest to evaluate the stops in relations to the take profit (known as Risk Ratio or RR for short) to receive a more detailed look into the trader’s strategy. 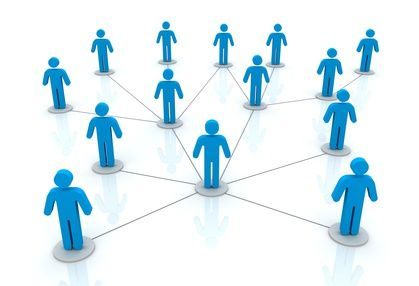 Some social trading companies accept traders with demo accounts in their system. That means you are following trades that are placed in a demo account. This is done in order to increase the amount of traders in the system, offering a greater selection for potential investors. If you are following a trader that uses a demo account rather than a live account do consider searching for other investors are taking extreme caution with the leverage.

Although there may be some arguments that via a demo account a trader is less exposed to the market psychology, thus producing a decent ROI, this unfortunately paves the way for manipulations. The trader is often compensated from the spread of his followers.

In other words, the trader earns a certain number of pips for every trade that is copied. We have seen top-ranked traders altering their trading strategy to scalping in order to increase their commissions. Once the strategy is tampered due to greed, the followers will pay the price. We conclude that if you are choosing to follow a trader do make sure the trades are executed on a live account.

Observe the trading history and note whether the take profit or protective stop was marginally modified by the trader. If that is the case, do consider searching for other traders.

We all know the market psychology. The trader however is dealing with a mutated form of psychology, you. When a trader has only 2 followers, no heavy pressure is applied on the trader. When there are 500 followers, the trader will be pressured to produce successful trades. We believe you can already predict the outcome. Irrational decisions, over-leveraging and protective stop fiddling.

Aside the number of followers do note that the trader sees the amount of capital that is following his or her trades. The greater the amount, the greater the pressure. Once you have found a trader that meets your expectations browse through the trading history to see how the trader dealt with consecutive losses.

If the number of trades were not increased, leverage remains the same, trading strategy not altered and the stops were not suddenly increased, perhaps it is worth your buck.

Each firm proudly displays its top 10 traders. We have researched a number of social trading firms and at least for some we failed to justify how the traders earned the top spot. We strongly suggest not to fall for the top trader in the list. Carefully review the history of the trader, note any change to the trading strategy as we discussed earlier etc.

Of course, for some firms the top trader presents a decent history but do carefully study the behaviour of each trader. This will save you money and aggravation in the long run.

The DD informs us of the risk management that is used by the social trader. ROI and success rate may be great but the DD may disappoint. Avoid following traders with exceptionally high DD. It is difficult to estimate how much is a sufficient DD as it greatly depends on whether the trades are for the shot term or long term. Either way a 50% DD and above is unacceptable.

If the social trader exposes more than 50% of his investment to the market we see this as careless risk management. We strongly suggest to reconsider following such traders if you wish to benefit from social trading services in the long run.

This field is relatively new at the time of this writing and we would suggest taking an even greater caution. When dealing in a market-making environment, price manipulations, especially in binary options will always be feared despite CySec regulations.

If you have decided to copy trades in binary options ensure the expirations are at least 15 minutes. Just as we mentioned earlier, observe the trader’s behaviour after consecutive losses, whether the number of trades and the invested capital was increased in order to compensate for recent losses. This section will be updated in accordance to market developments.

When you have selected a trader to copy trades do not expect immediate profits. You have selected the trader based on documented performance so do trust his or her actions. When the trader ends the month with a loss (not 40% of course) give the trader the time and trust to compensate.

Long-term traders may not be profitable for several months but at the end of the year a hefty profit will be realized. Any deviation from the promised strategy, number of trades or used leverage must be addressed. Contact the social trader and ask him or her to clarify.

If you believe you are able to generate a decent ROI form copying trades it is utterly essential you have traded before with your own capital for at least 6 – 12 months. We do not suggest social trading for any inexperienced traders. Our goal is to ensure you will be fully aware of the risk involved and the potential losses that may derive from copying trades in the market.

Below are the most popular social trading platforms in the Foreign Exchange markets:

We hope this information will assist you in finding the social trader that meets your needs in global markets. DDMarkets.com will continue providing global investors with key market information in an unbiased environment.

Social Trading: is it Worth Your Buck? was last modified: March 14th, 2021 by Digital Derivatives Markets