Mario Draghi, the President of the European Central Bank (ECB) announced the ECB will extend the asset purchasing program at EUR 80 billion per month into 2017 and then reduce the QE to EUR 60 billion per month but it greatly depends on the progress that is made. As Mario Draghi confirmed the ECB did not discuss tapering the Euro was heavily sold against a basket of currencies. We assume that should the brexit negotiations will have a negative impact on the European economy the ECB is unlikely to reduce the asset purchasing later in 2017. As we have stated in multiple occasions we are always keen on shorting the Swiss Franc (CHF) when a technical entry is provided. We anticipate the Swiss National Bank (SNB) to re-apply the floor in Euro Swiss although it unlikely to be placed at 1.2000. As opposed to other central banks the SNB is unlikely to reveal its intentions in doing so. 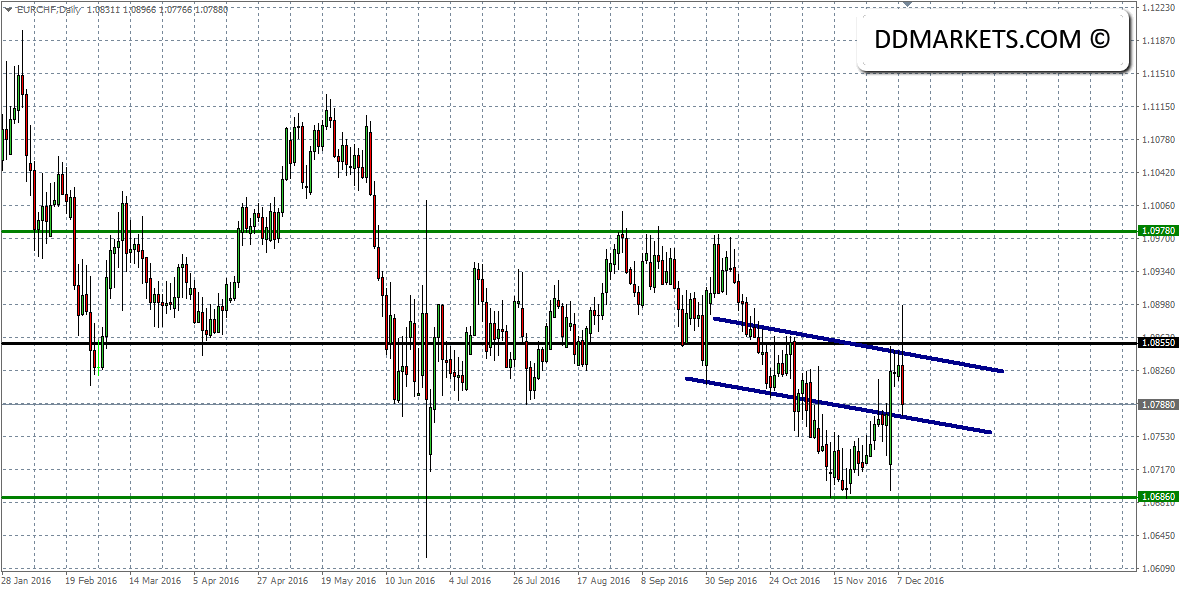 The current dip may affirm the left-hand shoulder of a reversed H&S on the daily chart. It is very possible the gains may only materialize next week rather than tomorrow. We require EURCHF to close as low as possible but above the support (lower blue line) at the daily close. If the EURCHF closes too high it may increase the possibility of further weakness on Friday before a reversal may take place. While the required stop is relatively small in its size, we must factor the widening of the spread on Sunday should we opt for the trade and the gains only materialize next week. We find it difficult to believe the SNB monetary policy next week will contribute to our trade. As we have also noted potential entries in other CHF pairs and crosses although we must wait for the weekly close it appears the Fed may be the trigger. We will release our strategy for the Fed monetary policy on Sunday.

EURCHF signal will be issued after the daily close if a clean entry is provided. 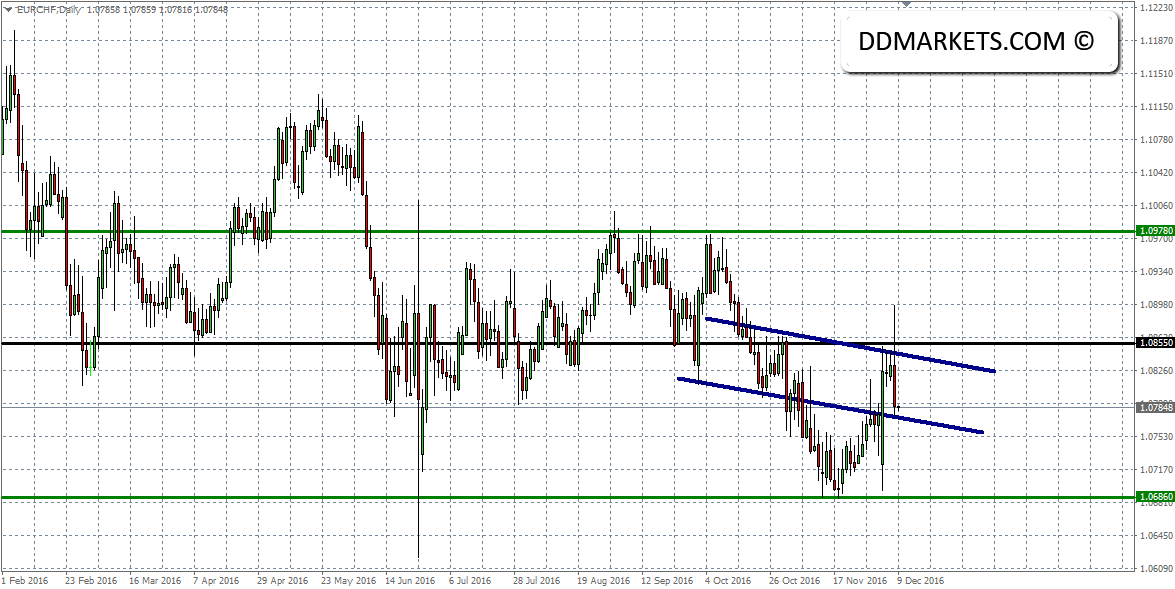 11/12/16 UPDATE: Although we did not anticipate a strong Euro but a weak CHF, EURUSD selling was noted in Euro Swiss initially as opposed to other CHF pairs and crosses. Once a retracement was noted in the crosses more pressure was added to EURCHF, which triggered the protective stop loss order.