As we near the end of 2016 we present our selected stocks for the upcoming year, predicting the best stocks to buy and sell in global equities. 2016 was an extraordinary year in multiple markets, we are likely to witness another extraordinary year in 2017. In our projections we strive to pick the stocks that are expected to produce the most attractive Return on Investment (ROI) for global stock traders. We are aware UK stocks are poised for greater volatility due to the brexit negotiations that are set to begin in 2017. 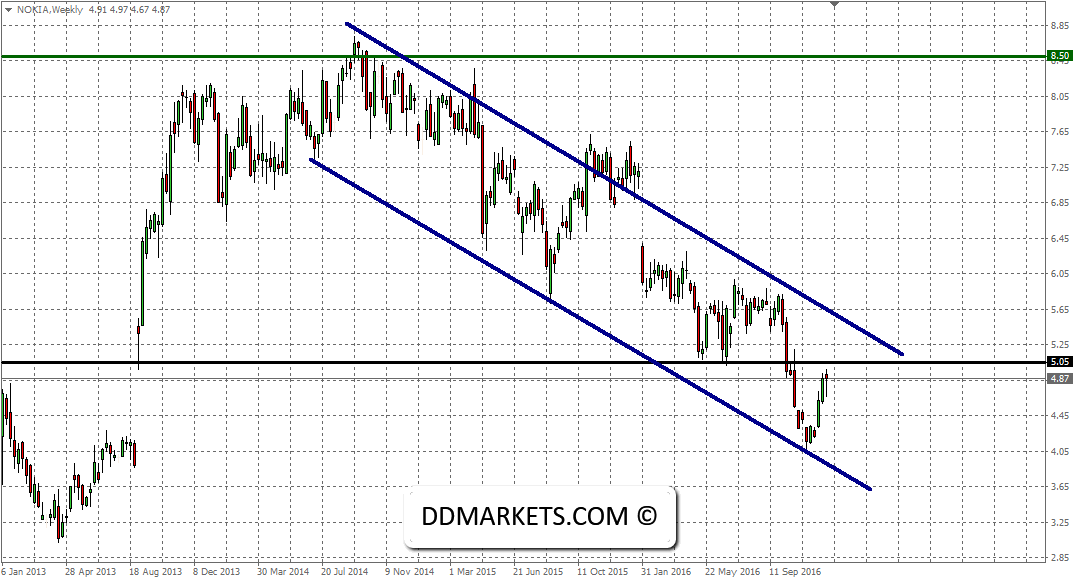 Nokia has been hammered in US markets in recent years since it has phone unit has been acquired by Microsoft in 2013. Before diving into the technical end of the stock, Nokia is expected to release new smartphones in 2017 based on the popular android system. We should say that the attempted comeback of Nokia was due to the fact Microsoft license over Nokia has expired and has been picked up by HMD Global. Based on speculations only, Nokia is due to unveil 3 smartphones later this year, possibly at the MWC 2017 at the end of February 2017. We suspect Nokia’s attempt to penetrate the market may pick up investors’ interest, which may trigger corrective gains in the stock. To the technical end. the downtrend may easily be noted on the weekly chart. A mild effort was noted towards the end of 2015 but the price was unable to push higher following the breakout.

The price bounced off the lower support (as seen on the chart) and is trading near it key level at $5.05. The price must firmly break above $5.05 (preferrably a weekly close) in order to correct higher. It is possible for the price to re-test its lows before correcting higher, which is why a firm break above $5.05 is required. Once a breakout is noted Nokia is anticipated to the target the final boundary (upper blue line). Once the upper resistance gives way the path towards $8.50 is brighter. The 100% objective of the reversal is seen at $11.00, however, there may be a struggle should the price near $8.50. 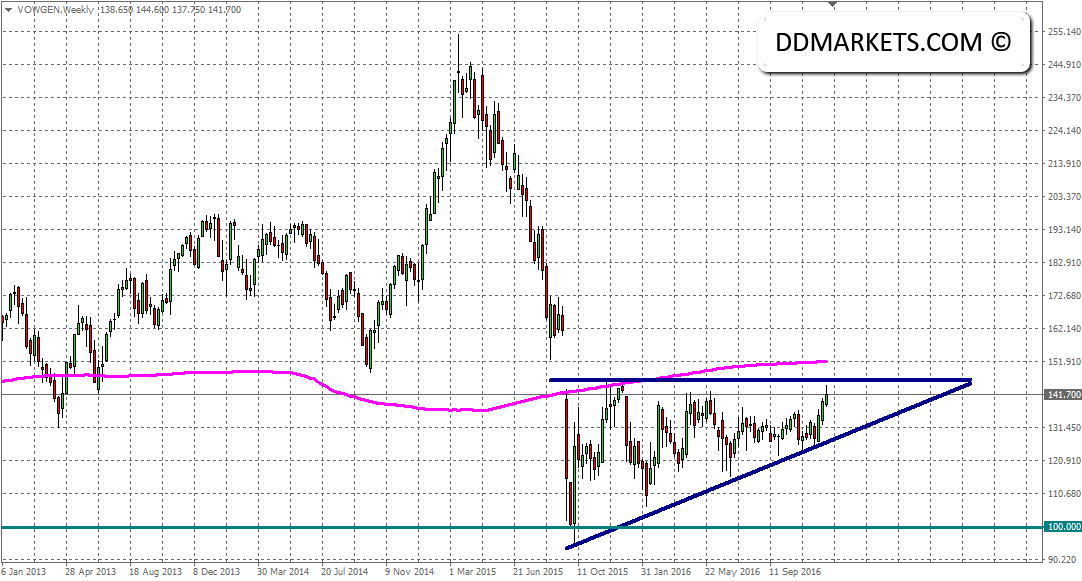 Since Volkswagen presented false figures in its gas emissions the stock has been locked inside a deadly range. The break above 106.10 did trigger limited gains in the stock, however, this is a dangerous pennant that threatens any potential recovery for the stock. The 300MA (in pink) may be tested as the price could spike above the resistance )if tested), which may lure traders to buy the stock. We are anticipating the 300MA to hold on such a re-test and see the stock re-testing the support (lower blue line). Once the lower support gives way the bearish pennant may kick into play. Volkswagen is unlikely to recover from the breakout, setting its target to 100.00.

We are in the dark when it come to the possible fundamental trigger for the weakness. In the automobile industry the most common trigger is a mass recall, however, we may be unable to determine what reports may trigger the weakness until they materialize. 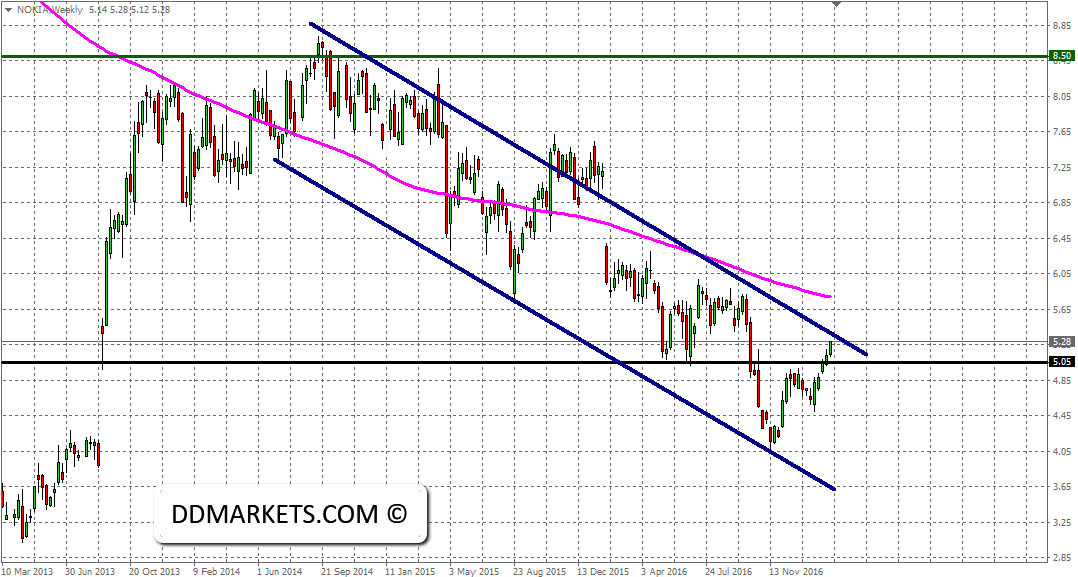 Nokia re-tested the lower support as see in the chart before correcting higher. The price is due to test its nearest resistance (upper blue line).

Technical Stock Projections for 2017 was last modified: May 31st, 2017 by Digital Derivatives Markets