The markets reacted negatively to Heta Asset Resolution AG news where the Austrian government will force losses on the creditors rather than  bailing out the bad bank.  After the Austrian government has spend over EUR 5.0 billion, Heta in formed the government is requires and additional EUR 7.6 billion. The Austrian government informed Heta they will no longer receive financial aid and a classic bail-in will be required. Despite the interest rate cut that was announced by the People’s Bank of China (PBOC), the Austrian news triggered a USD demand in the Foreign Exchange market, forcing EURUSD to gap lower. 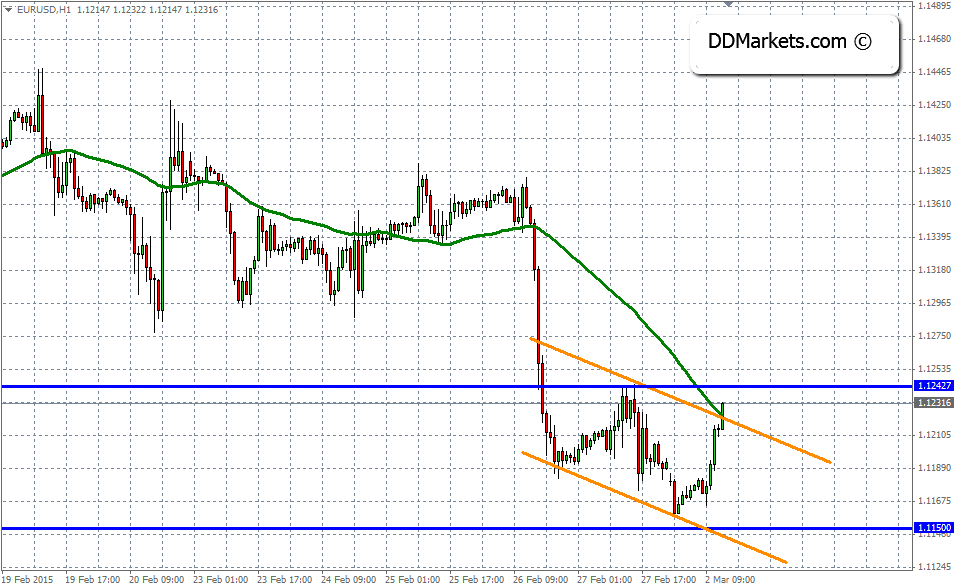 The 1.1150 was heavily protected, which prevented any further selling in EURUSD throughout the Asian session. The improved CPI led to moderate gains in EUR pairs and crosses throughout the European session as we heard into the US session. The key market events remain on Greece and the European Central Bank (ECB) meeting on Thursday as the market may receive more details regarding the new Quantitative Easing (QE) measures that were revealed in the previous meeting.

EURUSD hourly chart show the moderate recovery in EURUSD following the flash CPI flash estimate. On an intraday level, Euro-Dollar is approaching key resistance level at 1.1225, aided the by the 55-Moving Average (MA) in green. A firm break above 1.1243, which is the latter resistance is required in order to pave the way for further gains in EURUSD towards 1.1275. A direct entry with an entry, stop and take profit will only be published in the weekly updates and in the ‘Trade Alerts’ section. 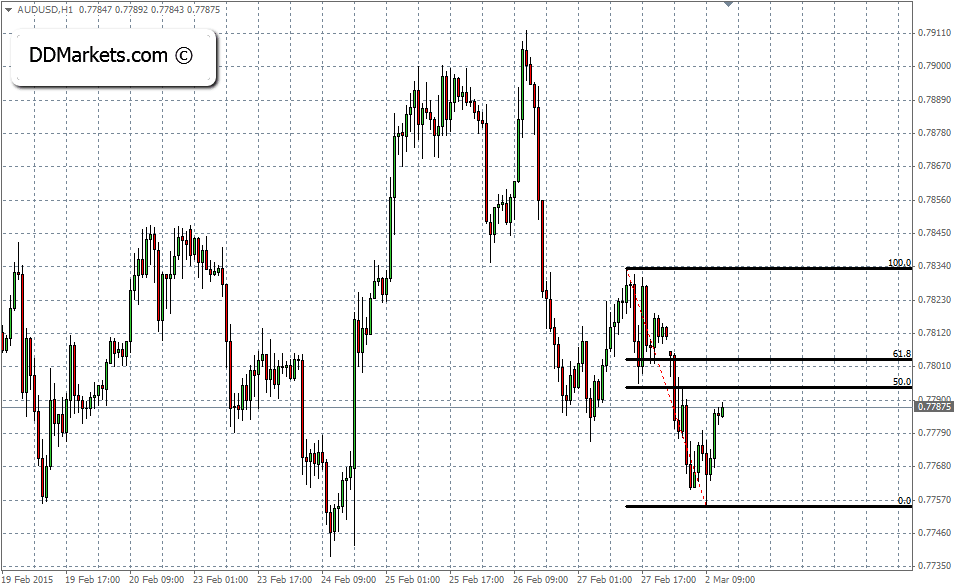 The Reserve Bank of Australia (RBA) is expected to cut its interest rate by -0.25%, which may cap any bullish attempts by the bulls to post moderate gains in the pair. The recovery in the Aussie-Dollar is a result of the risk-appetite mode in the FX markets that often leads to a weak USD against a basket of currencies. We find the recent gains to be capitalized by the market bears as traders are unlikely to adopt a mild stance on AUD before the RBA meeting. The 50.0% and 61.8% Fibonacci levels will be the key resistance levels that will be closely observed by technical l traders. 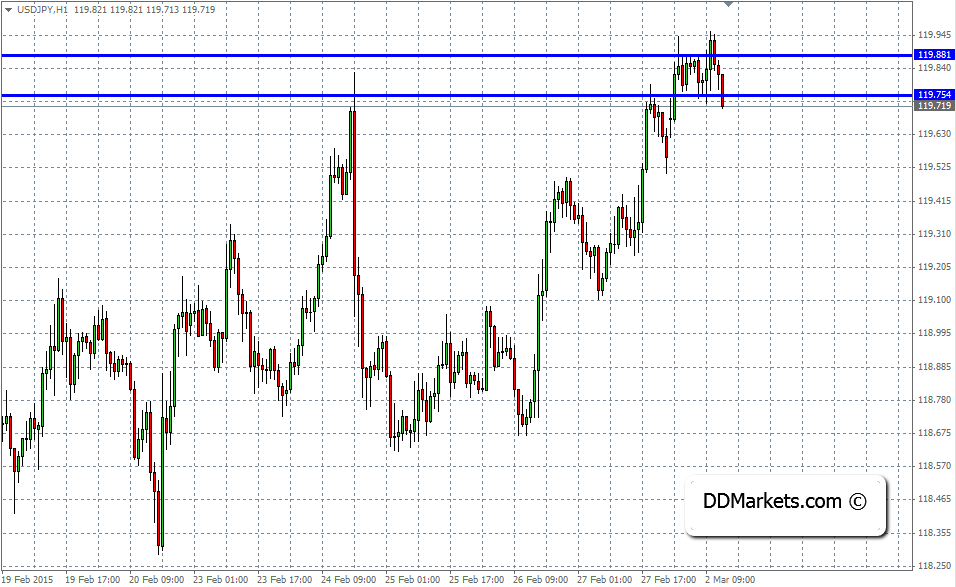 USDJPY appears to have found support at 119.75, which may appear to be an attractive level to join the uptrend by technical traders. However, a USD 650 million option is located at 117.50 that is to expire at the NY cut at 15:00 GMT. That option may attract big market players into shorting USDJPY in today’s session. A firm break below 119.75 is required to affirm further losses in the pair in attempt to reach 119.50.

The key economic figure for the US session is the ISM Manufacturing PMI, scheduled for release at 15:00 GMT.

The After-Market Report will be published tomorrow between 10:00am GMT – 12:00pm GMT. The aim of the report is to provide and intraday outlook to the US session. We do not provide trade alerts in this report but in the Trade Alerts and the Weekly Updates section.