The Fed monetary policy minutes was released on Wednesday. The market reaction to the minutes was fairly significant. The minutes revealed that the Federal Reserve is considering reducing its balance sheet and raising rates as early as March, 2022.

Three rate hikes may be expected to take place in 2022. The factor that determines is whether it is already priced-in by the market. If for example there is a 95% chance for a rate hike in March, if a hike does take place the initial impact may be very limited.

Instead, the focus will be on the statement that may hint the pace of future rate hikes. As no rate hikes were expected in 2021 the volatility in the Forex and futures market was very limited. It may all change in 2022.

Aside the Federal Reserve, other central banks may adjust their policies. The Bank of England (BOE) may resume its rate hikes to fight off inflationary pressures. The European Central Bank (ECB) during Mario Draghi’s mandate was slow in unwinding its QE program.

However, should the Fed begin hiking rates the ECB may follow suit. The outcome of ultra-low rates is high inflation, which can dent the economy.

How the Fed Minutes Affected the Market?

The 10-yr US treasury yield surged on the back of the monetary policy minutes, reaching 1.7%. It resulted in a firm US Dollar in the currencies markets.

The initial reaction was heavy selling across the US indices. 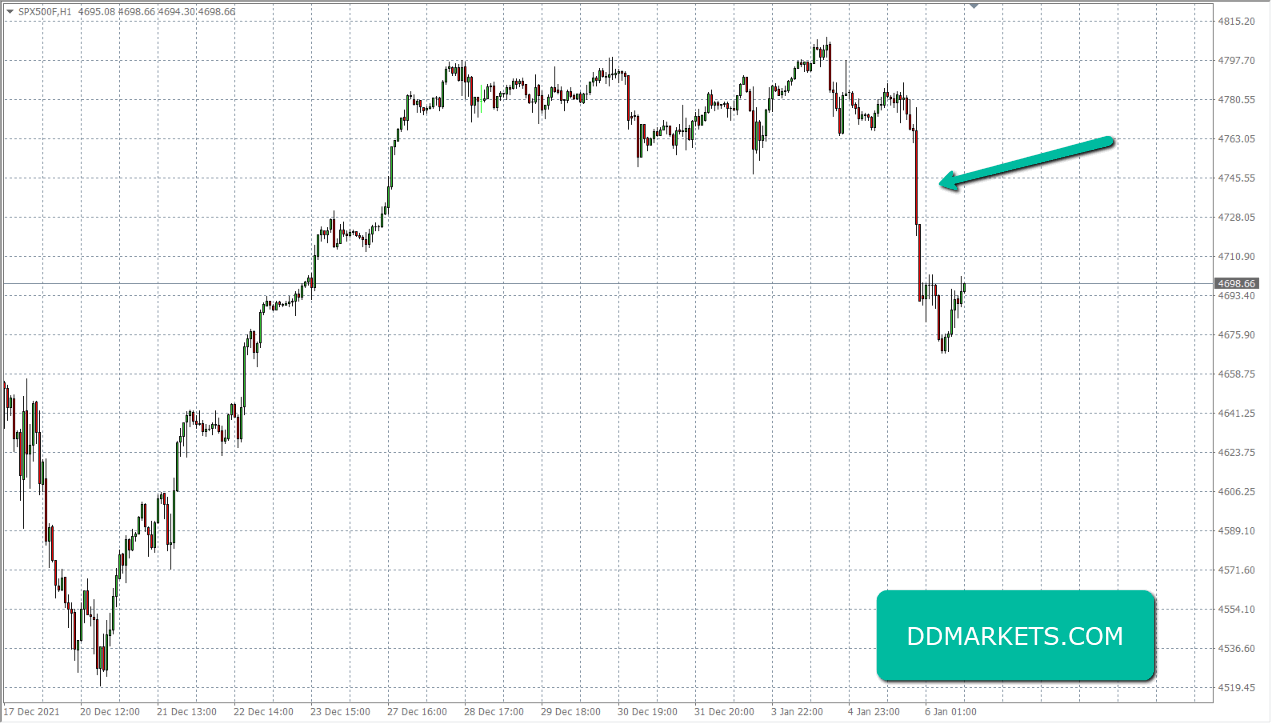 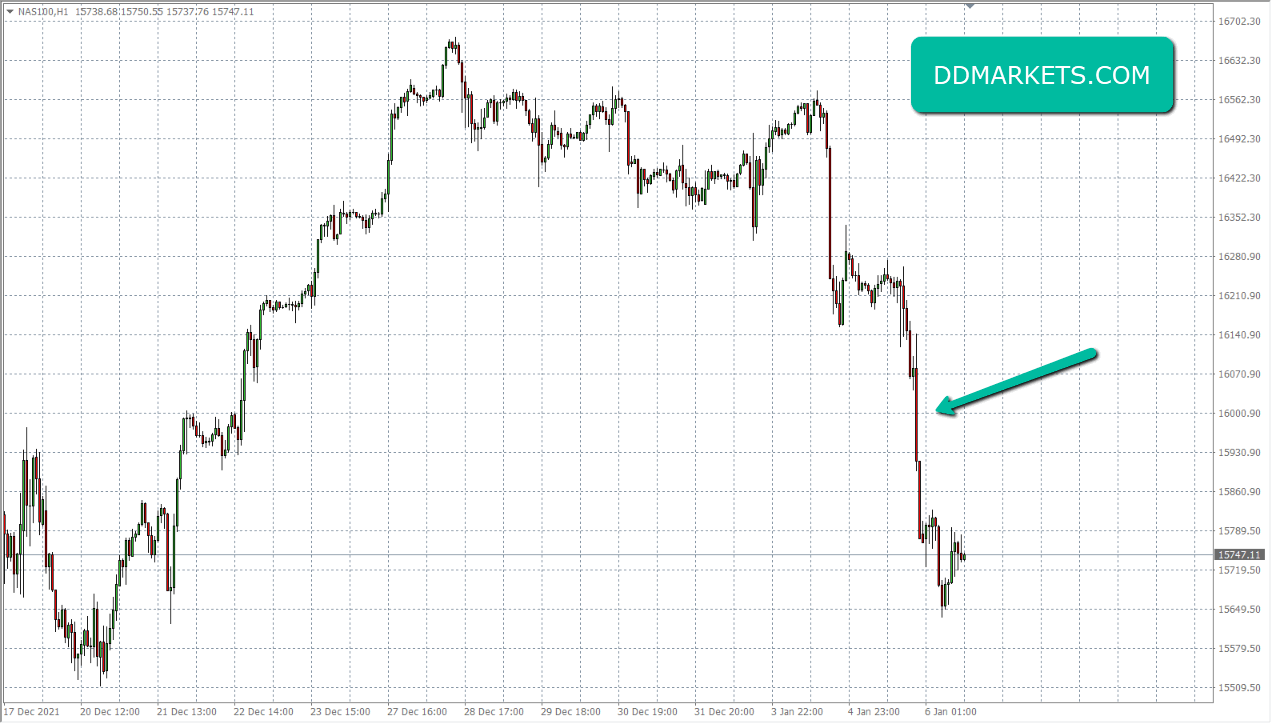 Tightening the monetary policy means ending the bonds-purchasing program, which has helped sustained the markets. Fed Powell is not the first to initiate or end such programs. Janet Yellen and Ben Bernanke, the former Fed’s chairman have executed it successfully.

During the 2008 financial crisis the Fed, lead by Ben Bernanke initiated economic stimulus. Hundreds of billions of dollars were used in the program on a monthly basis. Ending the Quantitative Easing (QE) measures must be done with caution. Otherwise it may trigger a risk-aversion mode across the board.

The Fed Minutes Changed the Markets

The Fed is eyeing employment and inflation (CPI) figures to determine its monetary policy. Better than expected economic figures increases the odds for a rate hike. The US ADP employment figures exceeded the market’s expectations, which may create high expectations for strong figures from the Non-Farm Payrolls (NFP).

While firm economic figures tend to contribute to equities, it may not be the case under current circumstances. The US indices may correct lower following strong figures and climb higher on the back of poor figures.

In forex trading, the commodity currencies’ correlation to the indices is still intact. The Australian Dollar (AUD) traded in tandem with the indices (sold) and corrected higher following some recovery in the indices.

In the past Fed members hit the wire in an effort to limit the impact of monetary policy tightening. During Yellen’s term mixed signals were sent to the market prior to the Fed’s decision on its future monetary policy.

Although Powell has not demonstrated his ability (yet) to apply a similar technique as was done by former Fed members, it is highly likely Fed members will begin issuing statements following the NFP figures on Friday.

These remarks, if made, may easily reverse the market’s reaction to key economic figures. Basing the entries on the daily/weekly charts may contain the ‘intraday noise.’ Regardless of the intraday  reaction, long time frames may contain any whipsaw reactions.

Intraday trading or day trading are more prone to these price movements. One course of action is to consider not trading 60 minutes prior and following key US economic data.

There are currently little indications for severe weakness in US equities. Technical trading patterns are being painted. At the time of this writing they have yet to be affirmed.

There may have been a bearish breakout in the SP500. Based on the chart, the price will require re-testing the breached support by the end of the daily close. It may only then pave the way for a resumption for the downtrend during tomorrow’s session.

In an event the SP500 posts a daily close at current levels it is an indecisiveness signal. The price may trade higher or lower, however, there may be a stronger case for a stronger recovery (above the resistance). It may result in an invalidation of the breakout.

Should the SP500 close above the resistance (former support line) it may invalidate any short entries. It is why the technical patterns are still being painted at the time of this writing.

9 January 2022 Update: Following the release of the Non-Farm Payrolls on Friday, SP500 resistance held firm, which lead to further weakness in the index.