The Japanese yen (JPY) enjoyed moderate gains following the Japanese stimulus that was revealed on Thursday. The Government introduced fiscal measures, which were deemed as positive for the yen. On Friday Japan hurried to correct that it is holding 2 separate polices, fiscal and monetary in an effort to prevent stronger JPY gains.

As we emailed last week, the Japanese yen is likely to weaken overtime as a result of the stimulus. A coordinated intervention in JPY pairs and crosses is likely at lower levels. We have missed an entry in AUDJPY as we favored GBPUSD last week.

We could not discover an entry in all JPY pairs and crosses, we have decided to place out attention on EURJPY. 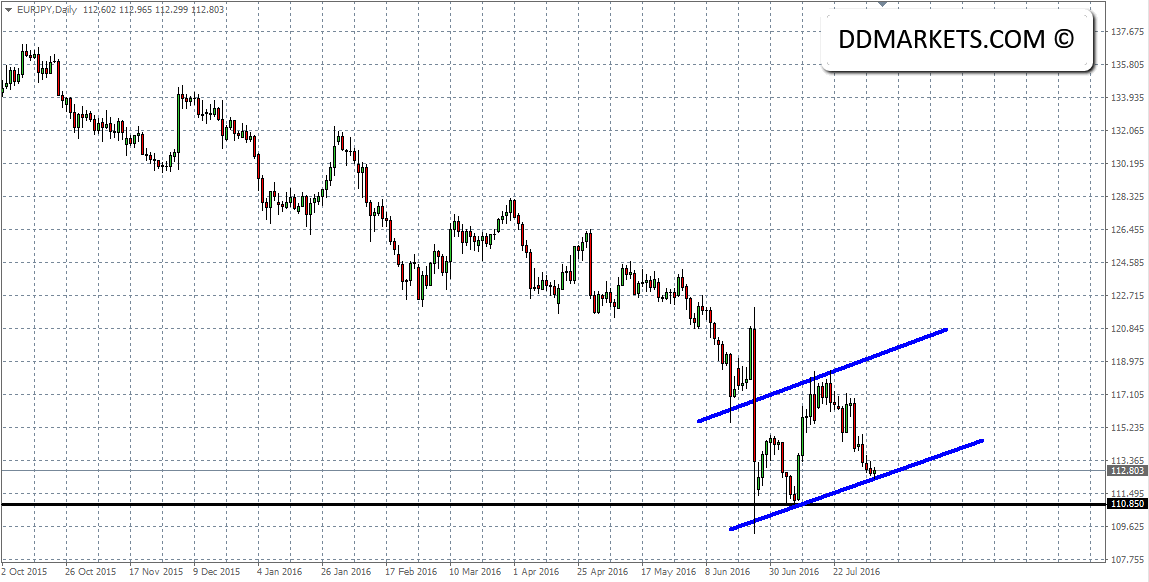 Although we are displaying the daily chart it is a weekly entry. By the book the protective stop loss order should be layered below 110.85, however, we may opt for a tighter stop in the long trade. We are very cautious in our approach to JPY pairs and crosses as we are not targeting the Euro. We are aware there is likely to be an intervention if the USDJP Y will continue leaking lower, which is why the market may pressure Dollar yen in order to spring central banks into action.

The upcoming referendums are irrelevant to our potential entry in Euro yen but they do suggest the market will be more volatile within the next quarter. We are aware the RBNZ is expected to slash rates this week. The charts are currently indicating further NZD weakness but we choose to remain on hold.

EURJPY trade alert will be released after the opening of the Forex market. 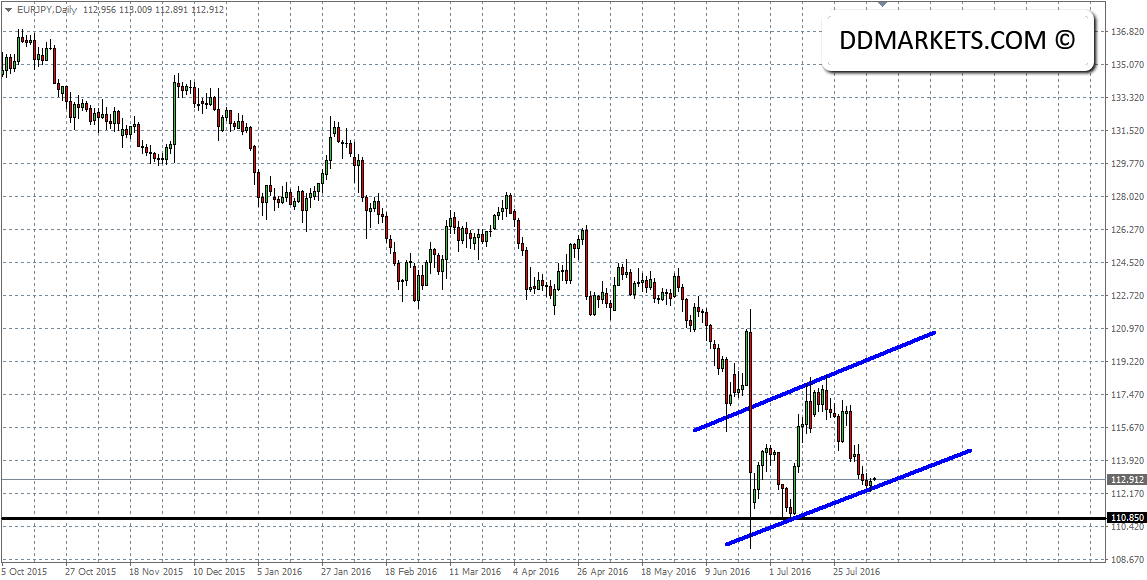 Note: Due to the gap there may be a minor retracement that we are willing to absorb. Such retracements are not guaranteed. 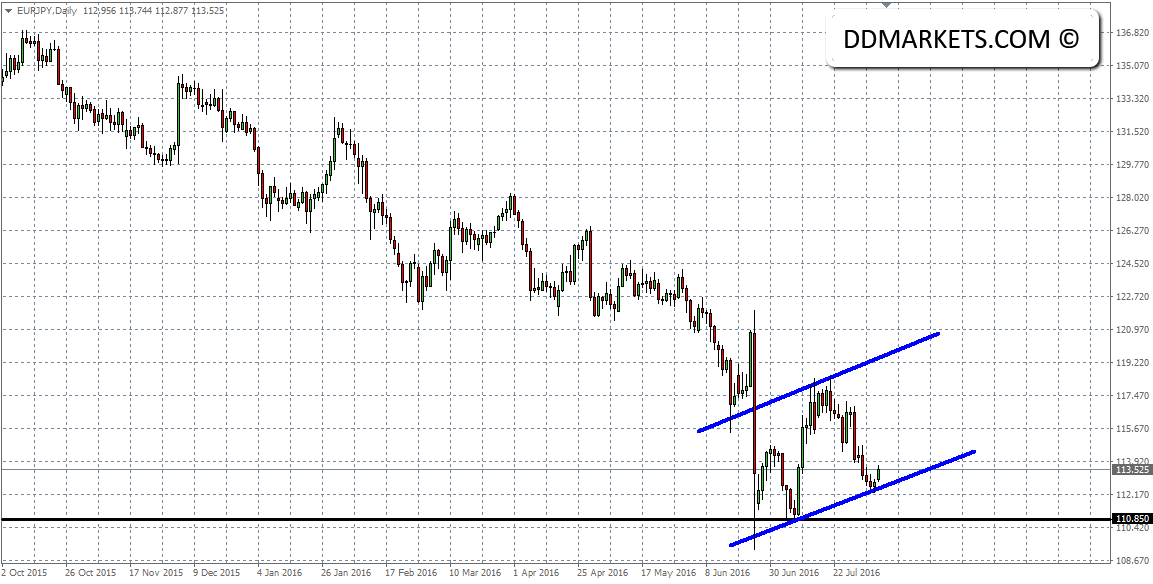 We are closing 20% of the long trade at market price and shift the protective stop to the entry.

14/08/16 UPDATE: EURJPY was unable to sustain its gains in the market, triggering the protective stop loss order that was shifted to the entry. We have ended the trade with a minor profit due to the partial’s realization.