President Donald Trump’s failure to pass the healthcare bill created some volatility in global markets towards the end of the trading week. The US administration stressed it does not mean future bills and amendments will be unable to pass as concern was rising on Trump’s ability to pass his proposed tax reforms. The Swiss National Bank (SNB) expressed its discomfort with the risking Swiss Franc (CHF), stating the currency is still ‘significantly overvalued.’ It may take some time for the SNB to finally impose a new floor in EURCHF. The main attention this week will be on 29 March, 2017 where Article 50 is expected to be invoked. Although it has been officially denied it will be interesting to note whether Theresa May will declare snap elections at the same time A50 is triggered. The French elections polls may continue to affect the Euro against a basket of currencies.

As we updated last week we attempted a buy limit order in CADJPY, which was not triggered in the require time frame. After analyzing CAD pairs and crosses it appears the Canadian Dollar may rise against a basket of currencies. We assume it may be related to OPEC extending crude oil output cut by six months. 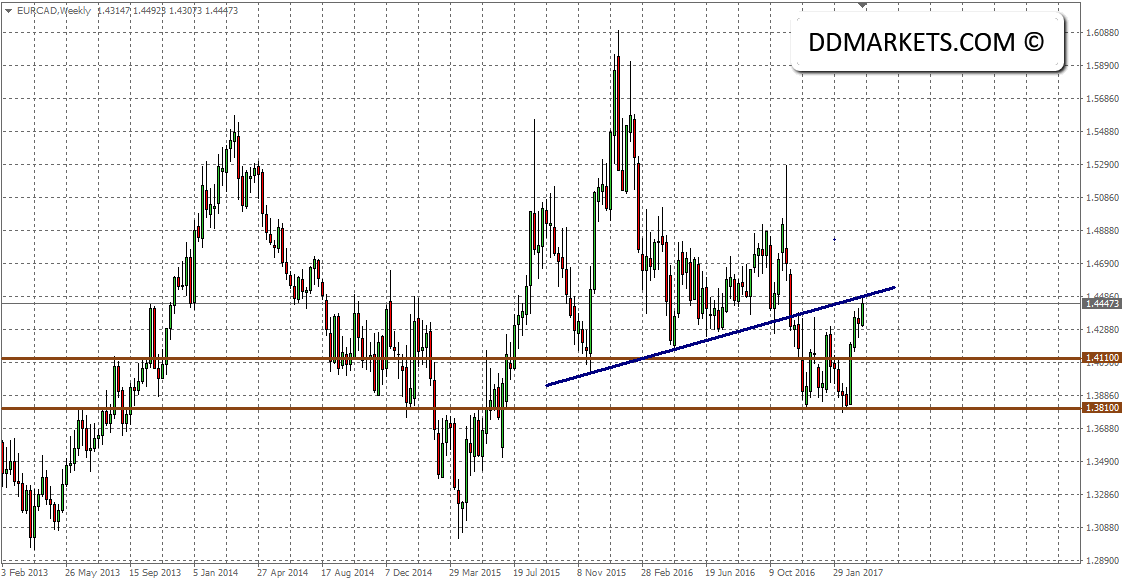 EURCAD is facing a fairly tough resistance on the weekly chart. The weakness may begin at the second half of the week and suggests moderate selling may be due for the cross. As we are already holding several EUR short trades, initiating a short signal in EURCAD will increase our short net exposure to the Euro, which we find unnecessary despite the technical entry. 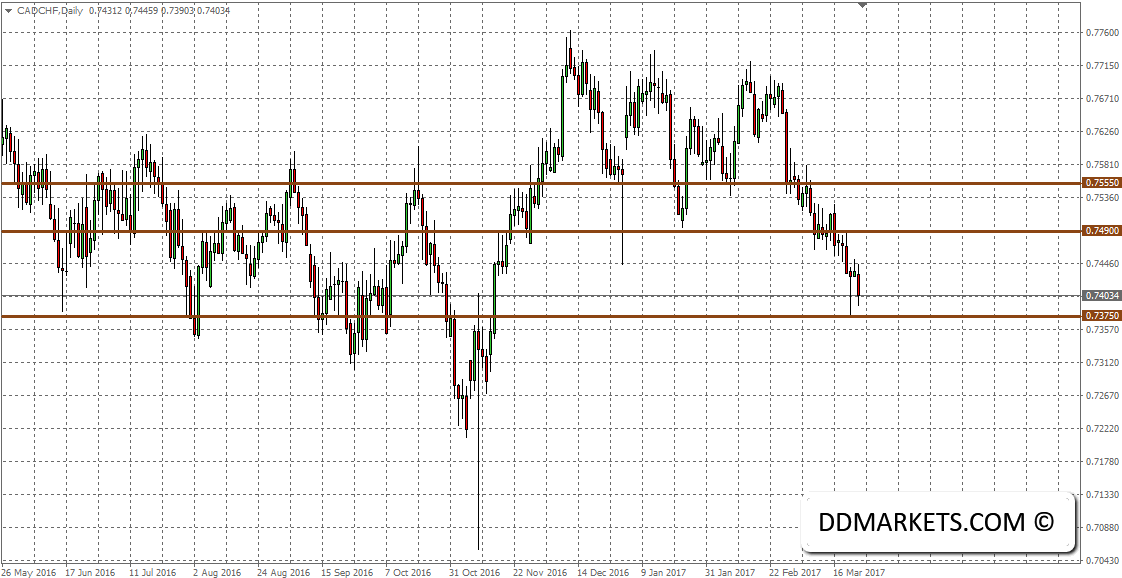 We have noted a potential long entry in CADCHF daily chart. A gap lower will tighten the required stop and enhance the risk reward ratio for the signal. As opposed to EURCAD we are inclining towards temporary gains rather than a medium term reversal. CADCHF will require to take out significant resistance levels in order to begin painting a more substantial reversal. 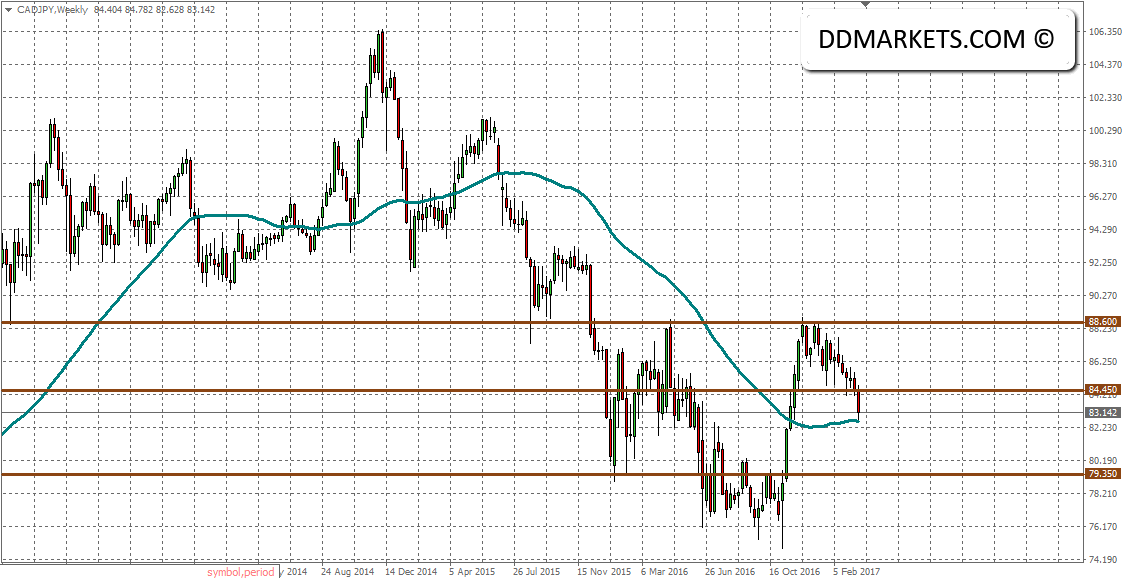 In our prior market research we presented CADJPY daily chart. Similar to CADCHF, CADJPY daily chart points to temporary gains before the downtrend is expected to resume. The weekly chart marks 79.35 as the price level for a broader bullish outlook. The 55MA is providing the nearest support on the weekly chart. CADJPY may require to post a weekly close above 84.45 to negate the short-term strength we are anticipating for the Canadian Dollar, which may not be a simple task. What may also contribute to the Canadian Dollar is a signal by the Bank of Canada (BOC) to hike rates. If we were to opt for gains towards 88.60 it may require holding onto the trade for 3 – 4 months although we are aware it may also be acquired within several weeks. Nevertheless we must assume it may take several months, we rarely hold onto the trades for such a period of time. We will decide how we wish to proceed after the opening of the Forex market. Should CAD strength be felt at the opening of the market we are uncertain we will have the ability to enter the market.

We have also been observing  other currencies pairs but at the time of this writing we wish to focus on the Canadian Dollar at the beginning of the week. 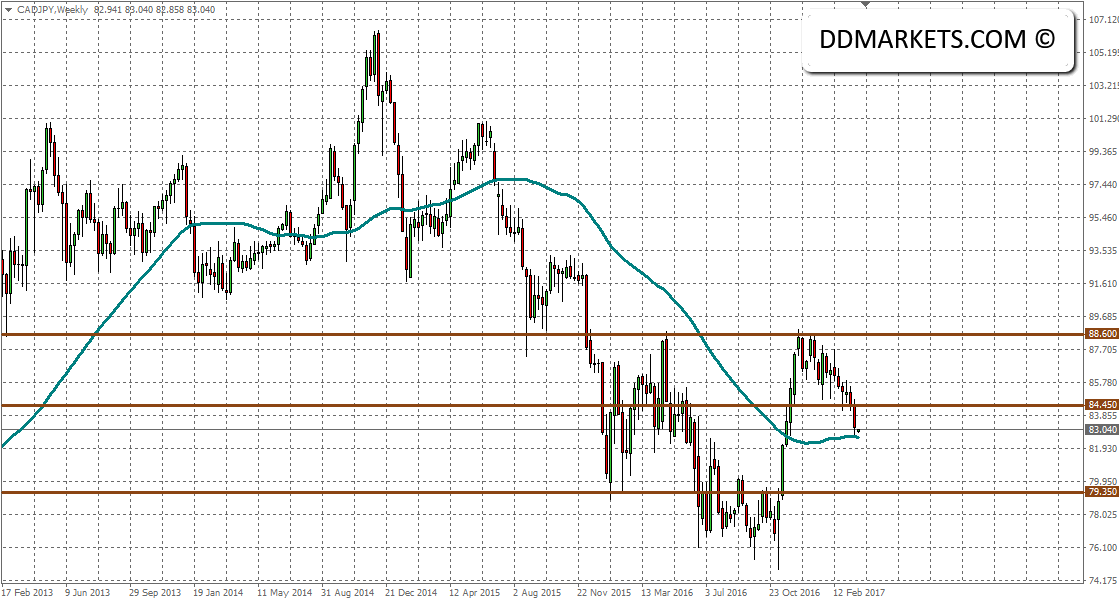 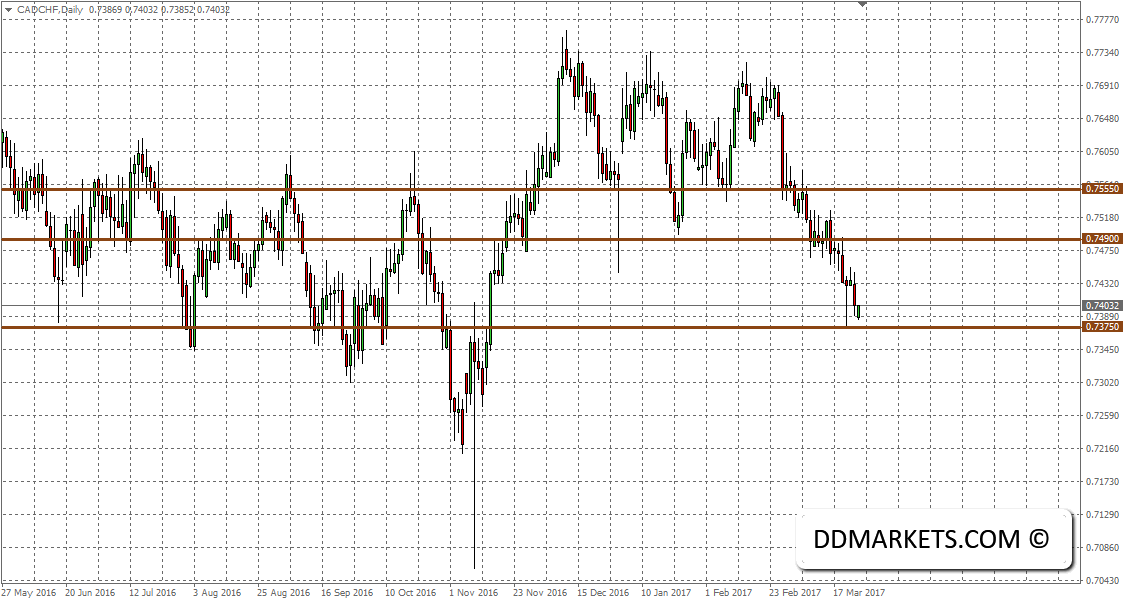 Both CADJPY and CADCHF triggered the protective stop loss orders. CAD was able to strengthen against a basket of currencies such as EURCAD and USDCAD, however, risk aversion flows following the terror attack in Russia strengthened CHF and JPY in the Forex market.