The terror attack on Russian soil triggered risk aversion mode in global markets in the past week. Terror attacks are often contained to one trading day unless a significant damage is made to the infrastructure as caused by a tsunami. However, the tension in the market continued for another day, which was noted in the Japanese yen due to safe haven demand. Once the market reversed the risk aversion mode fresh tension was noted as a result of the US attacking military targets in Syria. Although there are many key economic figures this week, the Bank of Canada (BOC) monetary policy may gain the most attraction as the central bank may signal it is ready to hike rates in future. The Canadian Dollar (CAD) was able to strengthen against a basket of currencies in the Forex market although minor gains were noted in CADJPY due to the safe haven flows.

We have noted many currency pairs and crosses are held in a range, which is likely to end as we near the French elections. In the past week we noted GBPUSD is positioning itself for medium-term weakness. As the potential entry is limited to GBPUSD at the time of this writing we cannot fully determine whether GBP crosses such as GBPAUD and GBPNZD may follow GBPUSD weakness. One the possible scenarios where GBPUSD may weaken while GBPAUD and GBPNZD may rise is during a financial crisis although we must stress it is merely one of the possibilities. We cannot short GBPUSD at current levels unless the entry is supported via intraday time frames. Should the UK CPI trigger moderate gains in GBPUSD we may consider opting for the trade. 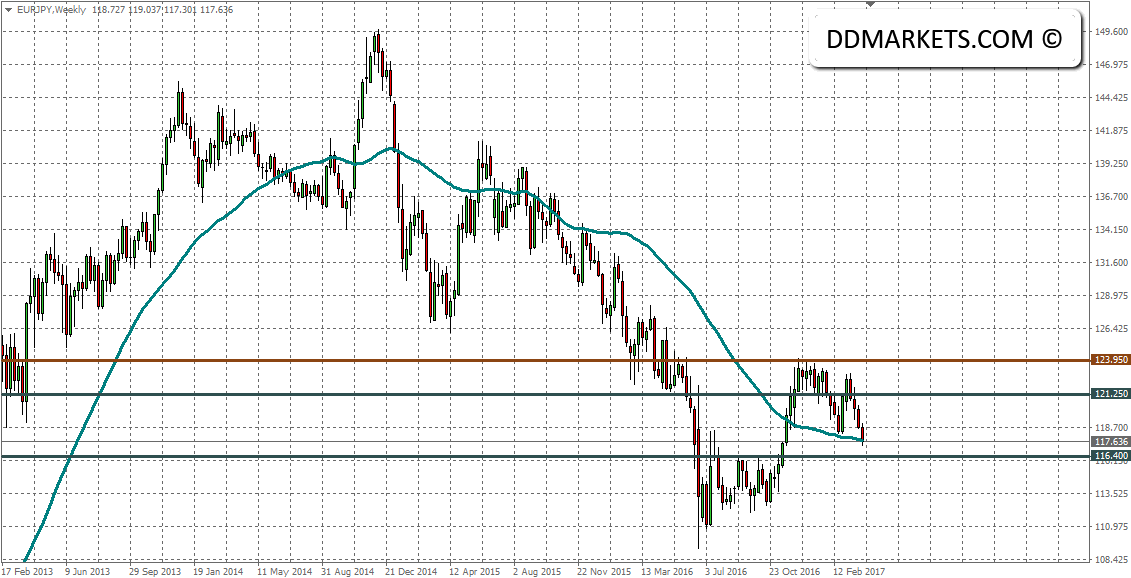 Before outlining the technical strategy for EURJPY trade alert, as we are aware the Japanese yen benefited from safe haven flows we expect the tension to ease the Forex market, which may be reflected in a weak Japanese yen. The 44MA was able to contain the weakness that took place in February. We have also noted Euro yen may also be positioned for corrective gains on the daily chart. Yellen’s speech on Monday may be the trigger, however, what economic data from China that are due this week may have a longer-lasting impact on the Japanese yen. As we are already holding a couple of trades in the yen a third trade will significantly increase our market exposure to the currency. CADJPY exposure may be reduced at the BOC monetary policy meeting, which means our current exposure to the yen is temporary. 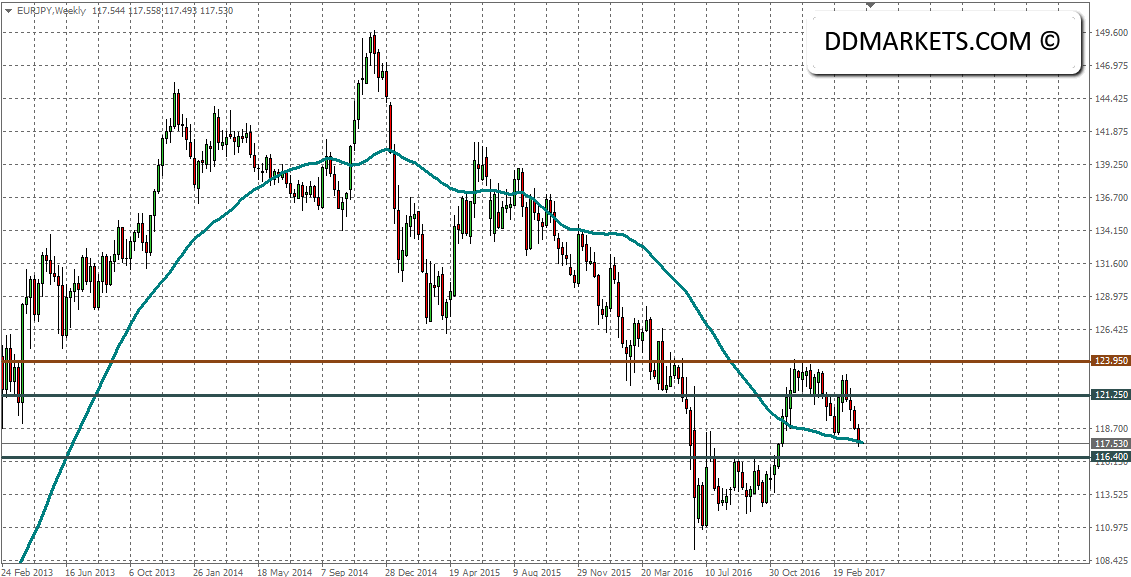